Faith is a vital role in the family unit. It draws us together. Holds us tight. Binds us with the ties of God. Keeping faith in our families secures the values of Christ are embedded in our children 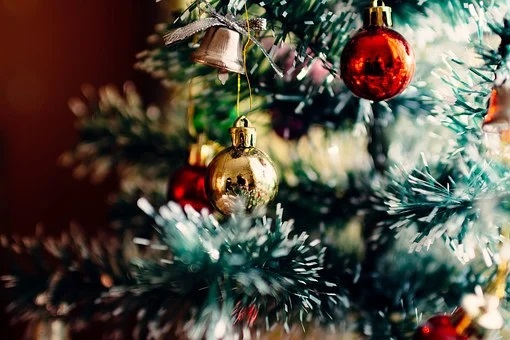 The trail of multi-colored plastic storage totes, large cardboard boxes, and industrial storage bags stretched from the storage shed where they lived most of the year to the front door of our house. This was the first step of the annual transformation of our humble abode from its typical January through Thanksgiving appearance into the Christmas Holiday Winter Wonderland it becomes for December.

Coming out of storage were dozens of feet of pine garland for windows and doors (inside and out, of course), holiday wreaths, electric candles for every window in the house, Christmas knick-knacks of every shape and form handed down over three generations and two continents, and amazingly natural looking artificial Christmas trees in their six-foot long boxes. Shiny colorful glass ornaments in balls, teardrops, icicles, and other round shapes that looked as if they would be more at home on top of the Kremlin than hanging from a tree filled totes. And lights—strings and strings and more strings of Christmas lights. Miniature lights, LED lights, twinkling larger C7 and C9 bulbs. Lights for inside and outside. There were boxes of angels and reindeer, holiday bears and gnomes, plastic snowflakes, Moravian Stars, and at least five different nativity scenes. I’m sure your house has something similar for the Christmas season.

Two thousand years ago, give or take, God prepared humanity and, more specifically, the Israelites, for the wonderful birth of Jesus, the Messiah. We remember that preparation in transforming our homes each holiday season as we prepare them for Christmas Day. So too, we must prepare our lives, minds, and hearts for the Second Coming, that glorious moment when Jesus comes back to us.

As you decorate your home for this upcoming Christmas, look inside yourself. Is your heart ready, your mind renewed, and your life prepared for the return of the King? 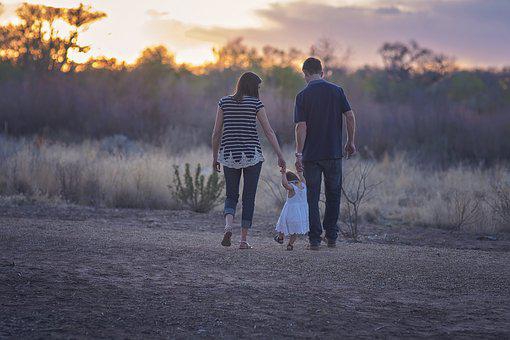 While watching home videos, I saw footage from the early 1990s when I was learning to walk.

As my cheery blonde pigtailed self excitedly attempted to walk alone, my loving and watchful dad remained close by my side. When my legs trembled out of control, he held my hands until I regained my balance. When I lost my footing and tumbled over, he lifted me up, assured me I was okay, and encouraged me to walk again. Never once did he leave me alone.

Just as my dad watched over me as I learned to walk, our heavenly Father watches over us as we learn to walk with Him and work to fulfill His purpose for our lives. Not only does He steady us when we lose our balance, He also helps us up when we stumble and fall, readying us to continue down the path He has called us to travel.

No matter how many times we trip or tumble, God is there to pick us up, recenter our hearts and minds, and encourage us to continue down our path. The psalmist reminds us that God does not sleep but continually watches over us. Our God is always present, watchful, loving, and available.

When we feel unsteady or have fallen and feel unable to get up, all we need to do is reach for and cling to our heavenly Father. He will ready, steady, and accompany us on all of life’s journeys. No matter how many times we stumble, He will help us back up. Like the good, loving Father He is, He will never leave us on our own.

How can you depend on God to help you when you stumble? 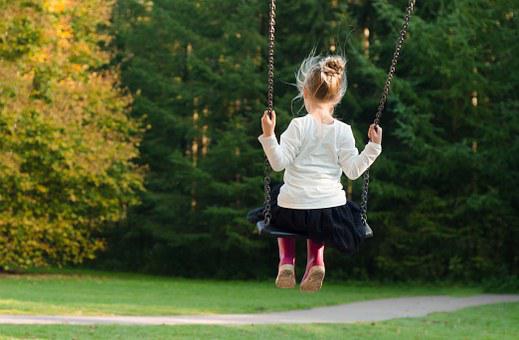 I was four years old when it happened.

Friends and I took turns on the various swings and chattered away when I forgot my mom’s constant warning: “Never walk in front of the swings; always walk behind them as far as you can get.”

I walked in front of a swing and POW. I got kicked in the mouth. The next thing I knew, I was lying on my back, my face hurting with a pain worse than anything I could remember.

The house with the swing set belonged to a plastic surgeon and his wife. The doctor stayed calm as he whispered to me to hold the ice against my mouth. He placed me in the passenger seat of his car and drove the short distance to his office. Then he carried me in, all the while speaking softly and calmly to me.

“Have you watched your mom sew? That’s just what I’m going to do—sew up where you hurt, so it gets all better. Hold as still as you can, and this won’t hurt a bit.”

Our parents’ instructions show us how to avoid being hurt and the correct way to live. God also wants to keep us from error and lead us in the right way. He wants us to read His Word and get to know His Son, Jesus.

When have you ignored warnings or instructions from your parents and God and been hurt? What decisions are before you? Seek wise guidance from God’s Word.

How can you avoid getting kicked in the mouth?

This Is the Reward, Mum
View Full Devotion 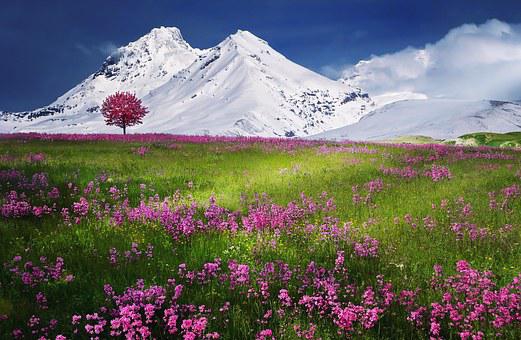 North, South, East, and West. No matter where I turned, I enjoyed the beautiful views of Dublin and Wicklow.

The countryside, sea, and mountains surrounded me. I had a eureka moment and asked my daughter the all-important question: “Do you think there’s a way to get to this flat path with the views, other than by the route we took?”

“This is the reward, Mum!” she replied.

These beautiful, breathtaking views were my reward for the uphill trudge. As my daughter knows, I love to walk, but I would avoid hills if I could.

The writer of Proverbs says our diligence reaps rewards. Yet often we would rather avoid things like an uphill climb. Walking an uphill path takes more effort than walking a flat one. We may have to push beyond our comfort zones. But when we reach the top, our sense of satisfaction—along with the view—makes the effort worthwhile.

Who wouldn’t like to shed a couple of extra pounds without cutting back on tasty treats? Wouldn’t it be great if we could bypass the exercise regime? On my visits to Spain, I wish I could speak better Spanish, but have yet to study the language.

To improve or learn a skill requires effort and determination. We admire photos of the graduate in cap and gown, but the picture doesn’t show the hours spent preparing. Healthy marriages require cultivation, and friendships require investment. Time invested in our children reaps rich harvests.

Diligence reaps rewards in any area. God can empower us to take the steps we are trying to avoid that will lead us to our goals.

Whatever your hands find to do, do it with all your might, keeping your focus on the panoramic views awaiting at the top of your uphill climb. 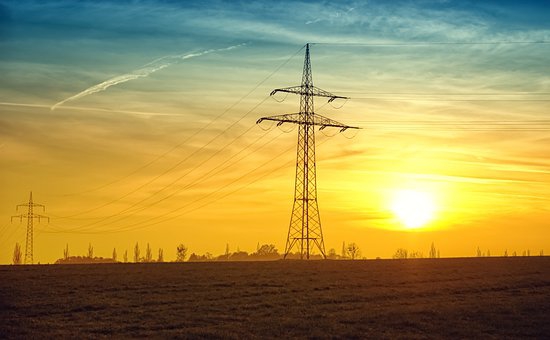 The power was out again.

The monitor went dark, and the fans that kept the computer’s processors, hard drive, and memory modules cool slowly spun down. The television on the corner of the desk, which had just been showing an episode of the old Andy Griffith Show (muted, of course, since I knew the dialogue to every episode by heart), also went dark. All the convenient electric contrivances that filled our home—ceiling fans, refrigerators, freezers, and the washing machine—drifted to a whispered hush. Throughout the house, silence suddenly settled in every room.

This wasn’t the first time we had lost power. Here in Middle Tennessee, we live an hour south of the bright lights and twangy slide guitars of country cosmopolitan Nashville. And out here on the ragged edge of the local power grid, we never take electricity for granted. We live in a beautiful spot, high on a ridge that gradually slopes down to the meandering Duck River, but it is rural with a capital R. Or as my cousin, Nancy, once said upon her first visit: “Good grief, you live out in the boondocks!”

She was right. Our television and internet come in via satellite dish, and the electric power is off more than it is on, but not by much. Okay, maybe that’s an exaggeration, but sometimes it disappears for minutes or hours, and twice, it left us for several days. So we have learned to keep candles, oil lamps, and matches close at hand.

Contrast that with our wonderful, almighty God’s awesome, unfailing, and limitless power. Consider the holy power that split the Red Sea for Moses, stopped the sun in the sky for Joshua, let Peter walk on water, and raised eight people from the dead—among them various saints and even Jesus Himself. Not to mention the small feat of assembling all creation in just six days.

And yet, for all that, God’s power is mightiest in the smallest things: an answered prayer, faith when I was faithless, hope when I was hopeless, provision in my desperation, and direction when I was lost. In fact, God manifests His power the most when I am at my weakest. God’s power is always dependable and always on.

How can God’s loving power fill your life with change today?