The peace we find in the presence of Christ is like crawling under a warm blanket on a cold winter’s day or feeling the soft breeze on a warm spring morning. Seeking after God is a continual process that grows us into a deep and long lasting relationship with Him. Come into His presence and find peace.

No Reserves, No Retreats, No Regrets
View Full Devotion 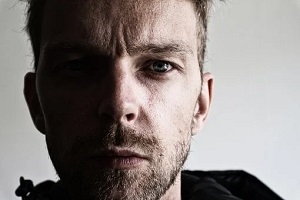 At different points in William Bordon's short life, he wrote in the back of his Bible, “No reserves, no retreats, no regrets.”

After he graduated from high school in 1904, Bordon was called to be a missionary. Although he came from a wealthy family, wealth did not possess him. Early in his life, a friend expressed that he was throwing his life away by becoming a missionary. Bordon wrote in his Bible, “No reserves.” After he graduated from Yale, he was offered lucrative positions. He penned, “No retreats.”

His missionary call narrowed to a Muslim group in China. After doing graduate work at Princeton Seminary, he left for Egypt to study Arabic before arriving in China. In Egypt, he contracted spinal meningitis and within a month was dead at age twenty-five. Before his death, under the other two notations he had made in his Bible, he wrote, “No regrets.”

Was William Borden's seemingly untimely death a waste of human life? Absolutely not. Thousands have read his story and have been encouraged in their missionary call. God never wastes any of our sorrows.

Things happen to Christians. We experience what we don't expect, and some expectations don't come to fruition. The Christian life often entails disappointments we can't understand, but God uses them for His ultimate good.

God lives in the eternal now. He makes decisions based on past, present, and future considerations. Humans remember the past imperfectly and know what is happening now—but know nothing about the future. God dwells on eternal priorities while we major on temporal ones. Our heavenly Father always knows best.

Church history is littered with people who have done great things for God yet became sullen and cynical at the end of their lives. Things happened to them that may have seemed unfair or unjust. Some ended their lives in unbelief rather than faith in God.

Will you, like William Borden, at the end of your journey, be able to say, “No reserves, no retreats, no regrets.” 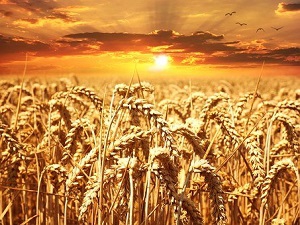 As I stepped out of my local bank after making a deposit, I looked back at the front door and saw words emblazoned on it. Curious, I removed my pandemic-required facemask and leaned down to read them: “For security purposes, please remove all hats, hoods, backpacks, and sunglasses prior to entering the banking center.”

The notice seemed understandable, since it was designed to prevent potential bank robbers from coming into the bank wearing a disguise. As I folded my mask to put it away, I realized the irony of the notice. These days, a potential robber didn’t need to hide their identity by wearing a hood or sunglasses. Not when he could just put on the standard facemask and face no suspicions.

We regularly encounter changes, and the threat of COVID has added to the situation. Yet we know changes in situations and people are an ongoing life factor. In fact, some would say they are inevitable—except when it comes to God.

Malachi reassured his readers that God would not forget His covenant with them. Theologians call this eternal consistency God’s immutability.

So what does this mean for us? That God’s promises and provisions are as consistent now as when they were given. They are a part of His character. And in a world where change is a constant factor, that is reassuring.

Be confident that God’s promises to you will never change.

Leaving the Past Behind
View Full Devotion 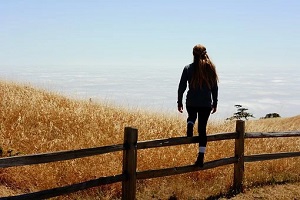 The semi in front of me slowed down.

I also slowed down, all the while glancing in my rearview mirror to check the traffic. I became so involved in watching the road behind me that I failed to realize I was following the truck off the road. The driver had turned into a truck stop. Somewhat embarrassed, I returned to the road.

Sharon had trouble letting go of problems that resulted from her past wrong choices. As she walked one day, struggling with fears and doubts, she glanced down at the sidewalk. Written in bold blue crayon were two words, Trust Jesus. The message made her pause and ponder its meaning. After a while, she continued, but once again, anxiety invaded her thoughts. Then, for the second time, she came upon the same words. She needed this second reminder, and this time she trusted Jesus with her past burdens.

The apostle Paul had many things in his past which could have held him back in his Christian life. But he confessed those sins and accepted God’s forgiveness.

As Paul and Sharon did, we should let go of our troubled pasts and allow God to walk with us daily. He will forgive the sins of our past, but we must accept His forgiveness and move forward.

What is holding you back from advancing in your relationship with Jesus Christ? 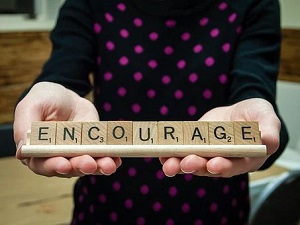 “You did a great job with your presentation.”

“How beautiful your house is, all decorated for Christmas.”

“Thank you so much for your visit. It brightened my day.”

We all love to feel appreciated by others. Kind words encourage us and can make our day. We walk away with a spring in our step and a smile on our face. We have been affirmed. When someone speaks words of affirmation to me, my spirit is lifted and, because of this, I look for opportunities to affirm and encourage others.

God gives us a mandate to encourage one another. The Greek word for encourage is parakaleo, and it appears more than 100 times in the New Testament. Speaking kind words to others can lift their spirits, and we can find different ways to be an encourager? I've listed a few below:

One of the greatest encouragers in the New Testament was Paul. A part of his ministry entailed writing letters to churches, many times while he was in prison, so he could encourage believers in their walk with the Lord.

Likewise, encouragement is necessary to our faith-walk. When we encourage others, we give hope. This helps them through times of conflict or illness. Encouragement nurtures kindness. Even in church, we find those who desperately need to be encouraged. We may need encouragement ourselves.

Set a goal to encourage at least one person daily. Your act of kindness may change their life for eternity.

On Your Mark, Get Set, GRACE
View Full Devotion 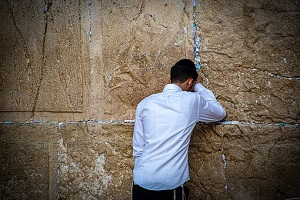 Grace is sometimes difficult to give.

I once talked with a college-student friend who complained about his disappointment with a few people who had hurt him. He found it difficult to forgive them and move on. In fact, he harbored bitterness.

I thought back to the time when I, too, languished in the clutches of bitterness. The thing was, no one I held bitterness against even knew it. I simply held a grudge inside and let it eat at me. I never stopped to think God stood behind the circumstances that led to my bitterness. I finally found freedom when I unconditionally forgave my offenders.

Peter seems to have had a similar problem forgiving those who sinned against him. He didn’t understand God’s concept of grace. Jesus said those who truly comprehend the magnitude of God’s grace should forgive those around them as many times as necessary.

When I realized this, I immediately asked God to forgive my unforgiveness, and then I forgave those who had hurt me. Forgiveness, I found, is a journey. Doing so requires repetition over a long period of time. As I did so, I found the burden of bitterness lifted from my life and joy entering my heart.

The next step entailed confessing to God what I had done wrong. I was in such a hurry to blame others that I  overlooked my own sin, which led to taking up an offense. Too often, I am guilty of pointing out the shortcomings of others without seeing my blind spots.

The last step involved blessing those who had hurt me. This required a spirit of thanksgiving for the good things I had seen in them. This was a change of focus, given that I was concentrating on their faults. I chose to bless them before God in spite of my feelings. In time, thanking God for them changed my perspective of them.

All three steps involved doing something countercultural. In a society that routinely says, “Don’t get mad, just get even,” I found I could demonstrate love in a way that runs against the grain. God once again showed me His grace so that I could shower it upon others.

Which of the grace steps do you need to work on?