And when he heard that it was Jesus of Nazareth, he began to cry out and say, ‘Jesus, Son of David, have mercy on me!’ So Jesus stood still and commanded him to be called.  Mark 10:47, 49a NKJV 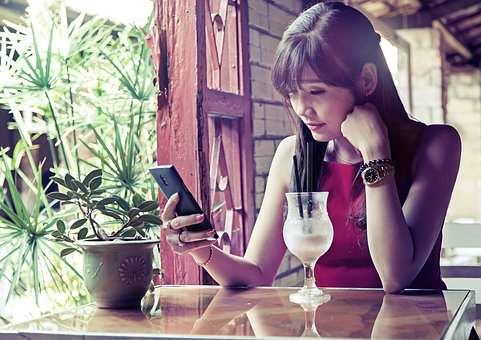 I turned around and looked up at a tall, middle-aged gentleman who had friendly eyes and a warm smile. He, other movie-goers, and I were making our way from the theater to the lobby after seeing a riveting film.

“It was excellent!” I said. Then I remarked on how well the director and producers had adapted the original Broadway production for the film version.

“Would you like to have a cup of coffee?” he asked.

There were several café tables in the theater lobby that were a perfect place for a quick coffee and an impromptu movie review. But I had already planned to take advantage of the unseasonably mild winter day and walk a few laps at a nearby park. So, I politely declined his invitation. We chatted a few seconds more and then went our separate ways.

Days later, I wondered if that might have been a “divine interruption” – an opportunity from God to reach out to someone who was in need of a little encouragement and conversation. I may never know.

A blind beggar named Bartimaeus interrupted Jesus as He, His disciples, and a large crowd departed Jericho. Jesus was on His way to Jerusalem – and, ultimately, to the cross – yet He “stood still” and met the need of this persistent, faith-filled man.

The frenetic pace of life and our dependence on digital communications and social media can blind us to the people around us who long for face-to-face interaction, even if it’s only a fifteen-minute coffee chat after a movie, before work, or following a church service.

As followers of Christ, we’re called to be sensitive to the people He sends across our paths and to be willing to interrupt our plans, stand still, and find out how we can bless them.

I hope the next time something like the movie theater episode occurs I’ll offer up a quick prayer and ask, “What do You want me to do here, Lord?” instead of focusing on my schedule.

Don’t let the busyness of life keep you from standing still and reaching out.