And God is faithful; he will not let you be tempted beyond what you can bear.  1 Corinthians 10:13 NIV 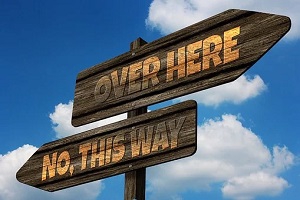 Bob met with his new pastor and poured out his heart.

Bob was a Christian, fighting to remain true to his wife and his faith, but he had been tempted to have an affair with his secretary. So far, he had not yielded. His sobbing echoed loudly throughout the quiet church. What a relief it was to share the thoughts of his tormented soul with someone who understood.

The story of Joseph’s special coat, given to him by his father, is familiar. Jacob, Joseph’s father, loved Joseph more than any of his other sons. Because Joseph was his favorite, Jacob gave him the one-of-a-kind coat. Eventually, because of burning jealousy, the older brothers sold Joseph into slavery where he became a slave to Potiphar, an official for the Egyptian king.

Joseph was a handsome young man—and Potiphar’s wife noticed. She wanted to have an affair with him, but Joseph was a godly man and rejected her advances. A word picture of the seduction scene is painted when the Bible says, “And she caught him by his garment, saying, ‘Lie with me,’ and he left his garment in her hand, and fled.” Joseph resisted temptation, but in the process, left his coat behind. His other coat.

Because Joseph obeyed God, he was thrown into prison and held there until, in God’s timing, he was released. Eventually, Joseph became second in command only to Pharaoh.

Temptation to do wrong isn’t sin, but yielding is. When we dwell on a temptation, that thought may become an action, leading to sin. But we have a High Priest who supplies all we need in times of temptation. Jesus understands every weakness we have because He experienced temptation in every way we do, yet without sinning.

When temptation knocks loudly at your door, remember Joseph and his other coat—the one he left behind to avoid sinning. Look to Jesus for help when you are tempted.