From Senseless to Sane

When my sanity returned to me, so did my honor and glory and kingdom. My advisers and nobles sought me out, and I was restored as head of my kingdom, with even greater honor than before.  Daniel 4:36 NLT 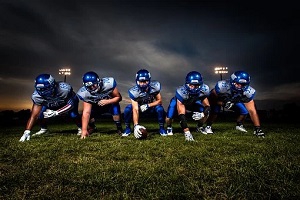 I did it … went from sane to senseless and back to sane again.

As a young boy, I never questioned the rules my parents, grandparents, or other authority figures dished out. If they said, “Don’t lie,” I didn’t lie. If they said, “Don’t steal,” I didn’t steal. But when preadolescence hit, things changed. I questioned what authority figures said. No longer did I accept the dos and don’ts at face value. Rather, I critically evaluated the rules, wondering whether they were right or not. Something inside me rose, making me want to disobey many of the rules I had previously obeyed.

Then something strange happened when I became a young adult. My sanity returned. Suddenly, the rules made sense again, and I wanted to obey them … at least, most of them. Some of my parents’ rules I discarded. They were legalistic and didn’t align with my interpretation of God’s rules. But most I kept because they did align. I pulled a “Nebbie.”

Nebuchadnezzar was ruler of the great kingdom of Babylon, but pride got the best of him. He went from sane to senseless because he imagined he had built his kingdom. For a period, God let him live like an animal to show him differently. When Nebbie came to his senses, God restored the kingdom to him.

I made some of the same mistakes old Nebbie did. When I chose to rebel and go my own way, I did so because I forgot to whom I was responsible. Nebbie thought he was in charge. God showed him otherwise. Even though Nebbie wasn’t a God worshiper, God still controlled his rule over Babylon. After all, God is omnipotent and sovereign.

Nebbie also forgot his sole purpose in life was to obey what God had planned, not what he wanted to do. I forgot that for eight years too. When I remembered life entailed obeying God with my entire being, my sanity returned like ole Nebbie’s.

Leaving God out—or relegating Him to a position other than number one—is insanity. Giving Him first place makes sense.

Examine your priorities. If you’ve gone from sane to senseless, God can bring you back to your senses.