Praise be to the Lord, my Rock, who trains my hands for war, my fingers for battle.  Psalm 144:1 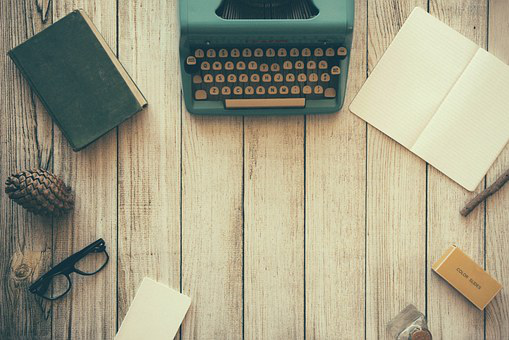 But David, the young shepherd, faced the giant Goliath with only a sling and five smooth stones. Nine-feet tall and clad in heavy armor, Goliath must have been a scary sight. When Goliath saw David approaching unarmed, he assumed the victory was his. What the giant didn’t know was that David had a secret weapon: the name of the Lord. Only one stone was required for David to kill Goliath with a shot to the forehead.

As the psalmist believed God trained his hands for war and his fingers for battle, so writers have powerful weapons of warfare most people don’t think of: five fingers on each hand. Ten times the one slingshot David had. And with the Lord at our side, we too can fight giant battles.

Many desperate people need to hear the salvation message of why Jesus came. But they won’t hear if we don’t tell them.

By continually filling our minds and hearts with God’s Word, we have the perfect ammunition needed for our fingers to compose a variety of powerful messages with which we can share the gospel repeatedly.

Keep your fingers in warfare mode by writing often. If just one person is touched by your words, your time has been well spent. Try some different methods this year with your God-given weapons of warfare. Submit one of your messages to a publication you have never sent to before.  Post an article or poem on Facebook or Twitter. Send a letter to the editor of a local newspaper.

Your words can make a difference.

Frances Gregory Pasch’s devotions and poems have been published hundreds of times in devotional booklets, magazines, and Sunday School papers since 1985. She has been leading a women Christian writers’ group since 1991. Her book, Double Vision: Seeing God in Everyday Life Through Devotions and Poetry, was recently published by Lighthouse Publishing of the Carolinas. Frances has been married to her husband Jim since 1958. They have five sons and nine grandchildren. Contact her at www.francesgregorypasch.com.