May your father and mother rejoice; may she who gave you birth be joyful.  Proverbs 23:25 NIV 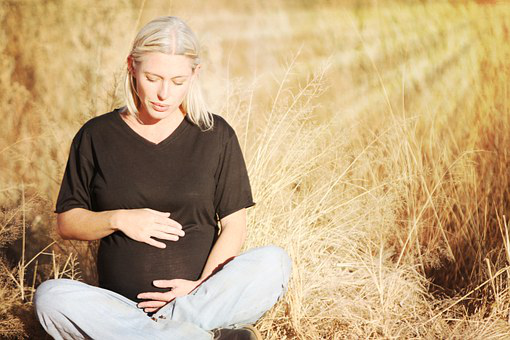 The moment He took His first breath I became His mother. My life forever altered.

A baby wrapped in swaddling cloths, though adorned with royal titles: Wonderful, Counselor, Prince of Peace, Holy King, Emmanuel, and Ancient of Days. I held Him in my arms. Overjoyed. This is my child. My baby boy. Barely minutes old and seemingly fragile.

But this baby embodied the fullness of the Godhead. Power demonstrated years later when He cast out evil spirits and raised the dead.

As mothers do when handed a newborn, I studied every feature. Gazing intently at Him, the goodness and greatness of God spilled out. The Lamb of God. He created the star announcing His arrival. He’s the light of the world.

I looked into His eyes. Eyes that later peered into the depths of human hearts. I watched His mouth yawn. Wonderful, powerful, life-giving words were spoken from His mouth. Commanding even the winds and waves to obey.

I placed my hand on His chest. The rise and fall of breaths ladened with grace. A strong heartbeat surfaced. The day came when His heart, broken and betrayed, offered forgiveness.

I wrapped my fingers around His tiny hands. The same hands grew in size. They caressed, comforted, healed, and restored sight. His hands stretched out to calm a storm—and stretched out on a cross to give hope, peace, and life.

A mother always inspects feet—yes, five toes on each one. I’d felt them kicking inside me. His feet carried Him to speak to the masses. Walked on water. Were washed by perfume and anointed. A baby’s feet are precious. Stare-worthy. But nails pierced those beautiful feet.

I drew the Christ-child to my chest in a snuggled embrace. His embrace offers more security than any earthly mother could ever bestow. How ironic. I nursed Him to sustain physical life, but He is the bread of life.

We can only speculate on Mary’s joyful thoughts. The birth of Jesus made her a mother and changed her life.

As you remember and honor the mothers you know, reflect on how Christ came to alter your life forever.