Do not be anxious about anything, but in everything, by prayer and petition, with thanksgiving, present your requests to God.  Philippians 4:6 NIV 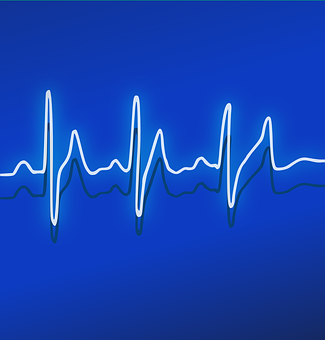 My daughter, Cathy, and her husband, Lee, had been married for less than five years when Lee began to have serious heart problems.

While Lee was in the hospital, I felt the Holy Spirit silently speaking and telling me to talk to him about salvation. I prayed for the right words to share. Lee seemed close to making a decision, but it was time to leave. I held his hands and prayed with him. Later, my minister visited Lee and led him to accept Christ as his Lord and Savior.

Lee was excited to be a Christian. When he was able to leave the hospital, he and Cathy attended our church where he planned to publicly announce his decision. However, toward the end of the service, he had an attack and stopped breathing for a while. An ambulance was called and Lee was rushed to the hospital. As our family followed the ambulance, our church members prayed. It was an anxious time as we waited for a diagnosis.

Eventually, Lee was admitted to a large hospital in a distant city and put on a list for a heart transplant. Meanwhile, doctors surgically implanted a mechanical heart to keep his heart beating.

Finally, a donor heart became available. Late one night, Lee was prepared for surgery. As our family sat in the waiting room throughout the night and early morning, we prayed. After many hours of waiting, we were told the surgery was a success and Lee’s donor heart was beating normally.

Philippians 4:6 tells us to pray in everything. We had done that through the months. Now it was time to offer our thanksgiving. Our family gathered in a circle and praised God for the miracle. Not only did Lee have a new spiritual heart, he also had a new physical heart and the possibility of renewed life.

Our prayers are not always answered with yes, but even when we receive a no or a wait a while, we can still offer God our sacrifice of praise and thanksgiving.

Learn to thank God in all circumstances.