For it has been granted to you on behalf of Christ not only to believe in him, but also to suffer for him.  Philippians 1:29 NIV 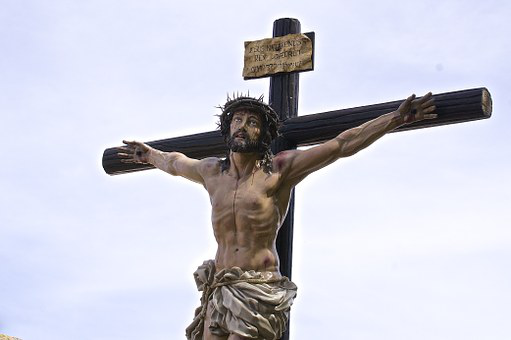 He was the strongest person I’d ever known. His demeanor was gentle. His voice firm yet tender. This man commanded a certain presence—thought-provoking and intelligent. So when He died, it was hard to take in.

I was a child when I met Him, but His ways guided me in the most simplistic way. It upset me when I heard of His brutal death, but what took my breath was how He succumbed to death. Willingly.

I’ve suffered hardships. Who hasn’t? Still, despite my trials, none can compare. Nothing in my own pain comes vaguely close to His.

Jesus. I never met Him in person. He was gone long before my birth, but His life impacted me for all eternity.

Paul talked about the sufferings of Christ and the sufferings of those who followed Him. He said more than once that hardship in Jesus was tough, but the eternal impact was more than worth it. To believe in Jesus meant, both in biblical times and in present time, that we would most likely suffer. Those same people who shunned Him, would shun us. Some might even torture and kill us. Believing in Jesus did not mean smooth sailing.

Christ was the strongest man who ever lived. He could have called down the angels to protect Him. He could have waved His hand and those who tortured Him would have dropped dead, but that was not Jesus. God incarnate, man as well, had the ability to walk away, but He didn’t. He suffered tremendously and died . . . for me, for you.

Easter holds mixed emotions for the Christian. Seeing the depictions of Jesus’ last days tears my heart out. I can’t get through the Easter season without relentless sobbing, feeling the weight of guilt because Jesus took my sin. He took our sin, and buried it in the grave. The Son of Man lived, died, and in the greatest of all feats, overcame death. He rose and lives.

Knowing Him means I may feel the brunt of the unbeliever, but it also means eternity, salvation, and forgiveness.

As you walk through the Easter season, don’t forget the depth of Jesus’ suffering or the resulting gift. Because of Him . . . we are saved.