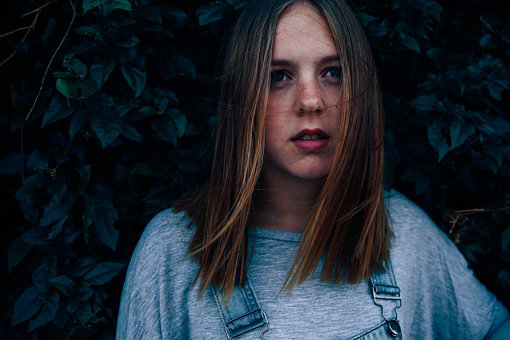 His unusual haircut set him apart. He looked different. The shaved back side of his head accented the long stringy strands of hair dangling down in front, partially covering his face.

The neatly-dressed, soft-spoken young man stood in front of me in the check-out line. As he placed items on the conveyor belt, the teenage checker spoke rudely to him, but he never uttered any unkind or inappropriate response. She bagged his groceries, and he headed toward the door.

When she began to ring up my groceries, she nodded toward the young man who had preceded me. “I would never allow a child of mine to look like that.” Her voice, with a tinge of superiority, sounded judgmental and disgusted. I wondered what about that young man stirred her ire.

The individuality of his hairstyle contradicted his mild manner. His demeanor suggested he was a good kid. He reminded me of a typical teenager seeking to find his own identity. I smiled. After all, it was only hair.

Yet my heart ached for the young woman who found such disdain. Her naïve attitude bothered me. She had no idea what may confront her in future years. I could only hope it would be no worse than a child with a weird haircut.

Jesus told us not to judge, and He commanded us to love others as we love ourselves. He did not exclude young men with strange hairstyles or those from certain ethnic origins, diverse religious beliefs, or different socioeconomic conditions. Jesus accepted people from all social classes, occupations, cultures, and educational levels.

The checker’s criticism of the young man portrayed the prevalence of discrimination in our world. Like her, we tend to evaluate others based on our value systems and human standards while rejecting those from other cultures, races, or religions. And often those who dress differently or choose body adornment different than ours. If we aren’t careful, our prejudices show.

God loves and accepts the uniqueness of all people. He expects us to do the same.

Linda R. Shoaf is an educator, writer, speaker, and registered dietitian nutritionist. Her book God’s Diet Plan: Seek Him First was published in the fall of 2019. Linda and her husband live in the Memphis metropolitan area in Horn Lake, MS. Visit her website at www.cindryn.com or blog www.foodfromthegarden.wordpress.com and join her on http://www.linkedin.com/in/lindashoaf.