You intended to harm me, but God intended it for good to accomplish what is now being done, the saving of many lives.  Genesis 50:20 NIV 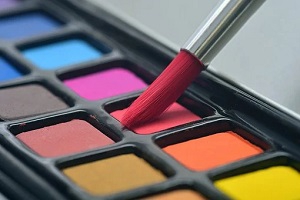 She and her artist friend Sue had stepped into the kitchen, leaving the newly completed painting on the easel while little Carrie played nearby. But when they returned to the room, the canvas bore some changes. What had been a scene of a country cottage with a broad lawn now sported a blotch: a yellow blob of paint applied by a childish hand.

Sue thought for a moment—and was about to shake her head—but then paused. “It’s an unusual shape,” she said. “But maybe…” Then, looking up, she said, “Let’s see what I can do.”

Later, when the painting was exhibited, viewers approved, as did the critics. “Such a unique approach,” said one. “Bright, colorful, and unexpected,” commented another.

What they saw was the original view of the cottage and the lawn, but in the re-make, Sue had incorporated Carrie’s yellow blotch into a flower garden with one bright yellow bloom. Simply put, Sue used Carrie’s mistake—the blob—to turn the scene into something of unique beauty.

When Joseph’s brothers sold him into slavery, they put a blotch on Joseph’s life, but God used the mistake to benefit Joseph and the Jews.

Often, the same happens in our lives when we try to follow God’s plan but produce blotches or blobs. Some mistakes we might even think make us unsuitable to continue. God doesn’t see it that way. He’s ready to forgive us. And when it comes to our mistakes, the Lord, like Sue, can incorporate the blotch to enhance and complete His plans for us. After all, He’s a master of turning blobs into blessings that benefit us and bring Him glory.

Let God turn your blotch into something beautiful.