So Jacob went over and kissed him. And when Isaac caught the smell of his clothes, he was finally convinced, and he blessed his son.  Genesis 27:27 NLT 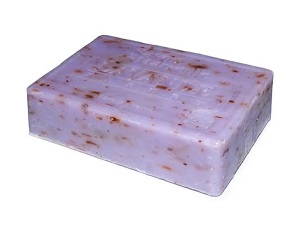 The smell took me back.

Until my wife came along, I used bar soap. She was a liquid soap user. Liquid soaps were not mass-produced for domestic use until the 1980s when Minnetonka Corporation of Minnesota released its Softsoap.

One day, while visiting a local grocery store, I walked to the pharmacy department. Sure enough, they sat on the shelf as I remembered. Three bars of Ivory soap packaged together. I picked them up and circulated them beneath my nose. The fragrance transported me back to a time when I was a young boy taking baths. I would run the bathwater, jump in, wet the washrag, and look for the bar of soap. Ivory soap. The one with the clean smell. And best of all, I could find it in my dirty water because it floated. Remembering the good ole days, I bought the soap and began using it again. I also put bars in soap dishes in our kitchen and bathrooms.

Amazing what smells can do. For Isaac, it identified his son—or so he thought. Prior to his death, when the time came for Isaac to give his final blessing to his firstborn, he told Esau to kill some wild game, prepare it, and bring it to him. He would eat it and bless him. But Jacob, the younger brother—and a trickster—dressed as his brother, prepared game, and took it to his father. Blindness initially confused Isaac, but the smell of the outdoors convinced him it was Esau.

My actions, words, and attitudes determine my spiritual smell—regardless of my hygiene. And when they align with God’s Word, people will smell a wonderful aroma coming from me. I may not be in style when it comes to clothes—and I might not have the latest and greatest play toys—but others will get a good smell from being around me. Not with their noses, but with their eyes and ears. They will smell Jesus. And after all, that’s what Jesus said His followers are supposed to do: smell good.

How are you smelling to others—and, more importantly, to God?