The God of New Beginnings 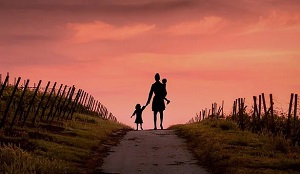 After the shock wore off, I thought, how will I support myself?

My husband had pastored a rural church for only ten months when he and a young mother from the congregation drove away together one Sunday night around midnight. He returned the next morning to gather his belongings and then was gone from my life forever.

I soon realized I needed a way to support myself. I had no experience working outside my home. For twenty-seven years I had been a wife, mother, and homemaker. I felt I had no qualifications for anything, but God was bringing His plans to fruition.

A woman from our former church told me about a temporary job where her daughter worked as a secretary. The job paid only minimum pay, but I felt the Lord’s leading. One major problem stood in my way. My husband had taken our only car, and I was living in the church parsonage, thirty-five miles from the job. I had no money to purchase a car. I felt stranded.

A few days before the job began, someone gave me a used car, complete with license plate and insurance. I had worked at the job only one week when the secretary got upset, quit, and recommended me to replace her. I was hired as the district secretary for a non-profit organization that assisted cancer victims.

You might say, “That could never happen to me.” But God works in many ways, and it could happen to you. He has a plan for the lives of His followers, and when we willingly give Him control, wonderful things happen.

God’s timing may not correspond with ours, but He loves His children. Like a loving father, He will open doors we thought were closed forever.

Allow the God of new beginnings to work out His plan in your life.