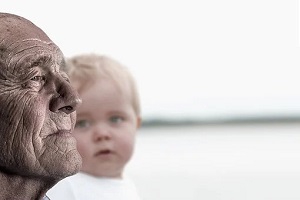 Somehow, I wondered if they knew any family stories.

I remembered the stories my granddaddy had told me. Many of them I had committed to memory. Now that I’m older and the memories are fading, I decided to write some of them down.

My granddaddy’s childhood intrigued me. Almost like stepping back into time. A story somewhat like the Ingles’ on Little House on the Prairie. Except he was in a field, in a small wooden shack with a tin roof, and in a bedroom where a number of siblings also slept.

Most of his stories related to what happened after his daddy died when my granddaddy was a twelve-year-old boy. Tending the farm fell to him, along with an uncle who happened to be married to a woman from my momma’s side of the family. I loved to hear about Uncle Ransom and his mule episodes.

When my granddaddy left the farm, he went to work at a local ice company. From there, he started delivering milk and later ice cream, which he did until he retired. Since I spent so much time with these grandparents, I have many stories committed to memory. But I wondered if my students did.

Most of my students still had grandparents living—some even a great-grandparents. Thinking they might not know some of the family stories, I made the assignment: a one-and-a-half-page paper telling a family story that happened before their momma birthed them. Sure, I graded for grammatical accuracy, but I was more concerned that they knew the family story.

God was also concerned that His people knew the family story. The story of how He had delivered them from Egyptian slavery, called them as His special people, gave them the Ten Commandments, and gave them the Law. But knowing wasn’t enough. They needed to tell it. Just as we need to today.

My granddaddy’s life told another story his mouth didn’t. By his lifestyle, I knew his parents had taught him to live by God’s standards. He, in turn, taught those standards to his two children and their children—me being one of them. His example impacted me as much as my parents’ did.

So, tell the story in your family—and to others. After all, if you don’t, no one else might. And when the family story isn’t told, future generations forget just how great our God is.