Whose Report Will You Believe?

Who has believed our report? And to whom has the arm of the Lord been revealed?  Isaiah 53:1 NKJV 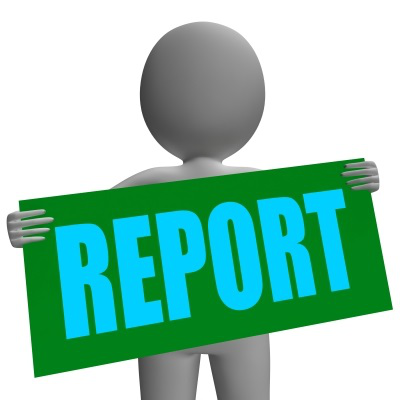 The message etched in my heart was “You’re worthless!”

“You’re just like your father—moody, no friends, no personality. You’ll never amount to anything.” Growing up, I heard these words—and others even more hurtful—over and over.

The old sticks and stones adage is bogus. Words do hurt. They go down into our innermost being like a heat-seeking missile and lodge there. Some folks don’t intend harm when they spout off hateful words. After all, hurting people hurt people. Others use words as weapons of mass destruction, planning their strategy carefully.

A well-known speaker and author told about a comment directed at him when he was young: “You’re just stupid.” He shared how those words took root and impacted his life for years.

The mean-spirited words spoken to me as a child (and even as an adult) replayed in my mind like an old 45 RPM with the needle stuck in one place. I rehearsed those comments for years until God revealed His truth and set me free. He showed me His opinion of me was the only one that counted.

Many voices speak in this world. The naysayers and critics are inevitable and unavoidable. They’ve always been there, and they always will be—just take a look at the Bible from Genesis to Revelation.

The Devil is called the accuser of the brethren and the father of lies. His biggest weapon is deceit. But we also have the voice of the Spirit, speaking words straight from the Father’s heart. Our only defense against the lies is knowing who we are in Christ and what His Word has to say about us. The question is: Whose voice are we going to listen to?

Years ago, Ron Kenoly sang a popular song entitled “Whose Report Shall You Believe?” If you’re not familiar with it, check it out online and study the powerful lyrics. And the next time negative words are hurled at you, throw up the shield of faith and ask yourself, Whose report will I choose to believe? Then tell yourself—and the enemy—I choose to believe the report of the Lord.