Jesus replied, "A person who has bathed all over does not need to wash, except for the feet, to be entirely clean."  John 13:10 NLT 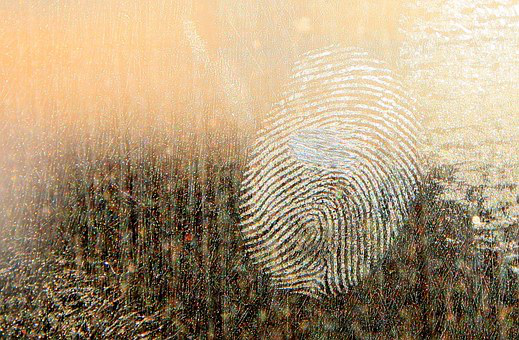 “Fingerprints all over the place.”

My oldest grandson called the dirty storm door to my attention as he and his younger brother stood looking over the back yard. Of course, he failed to mention both of them were the reason for the smudges. Since we keep them five days a week, keeping the door clean was an exercise in futility I’d almost given up on.

As a Type A personality like myself, my grandson can’t stand dirt—or smudges. I walked by and left the door alone. Since we were moving in a couple of weeks, I had even more reason to ignore the grimy handprints. When I decide to clean the door—probably just before we move—I won’t replace the entire door. I’ll just take out the window cleaner and clean the glass portion.

Jesus proposed a similar scenario to His disciples. They didn’t need to wash all over—just their feet. They were totally cleansed when they believed in Him and decided to be His followers. Now they merely needed a daily sponge bath.

At nine years of age, I decided to do what these early disciples did—trust Jesus as my Savior. Dad explained the gospel message of how Jesus died for my sins. I believed and invited Him into my life. In that moment, He cleansed me all over. Past, present, and future sins—of which there have been many—were washed away. The price Jesus paid on Calvary for humanity’s sins was applied to me.

But what about the daily fingerprints that come from putting my hands where they don’t belong—like my grandchildren? They won’t send me to hell, because Jesus’ blood has covered them. They will, however, interfere with my spiritual vision as the fingerprints on the door cloud the view of the backyard. Confession will clear away the smudges. My acknowledgment of my failures and sins is what Jesus referred to when He mentioned a daily foot washing.

Make confession a daily practice. Doing so is good for the soul and will keep your feet clean—and remove the smudges from the doors so interaction between you and the Savior can be open and clear.