Let the Redeemed of the Lord Say So - Blinders

David was furious. "As surely as the Lord lives," he vowed, "any man who would do such a thing deserves to die!"  2 Samuel 12:5 NLT 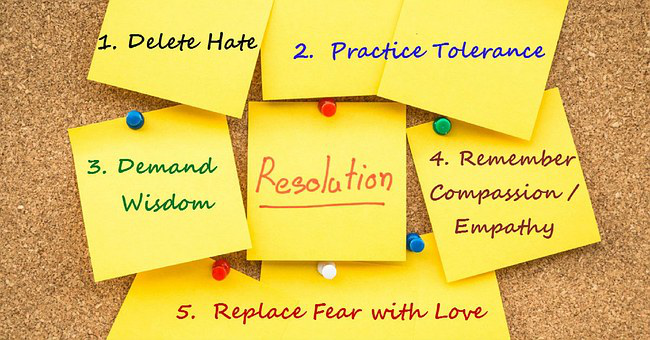 Let Him Say So…

A few years into my incarceration, I managed to get handcuffed and shoved into a security cell. Popular culture would call it “the hole.” We called it “jail.” The idea of a jail inside a prison might strike some as silly. However, in a population of men with serious impulse control issues, there will always be a need for a place to lock people away . . . even inside a prison.

I was here because a tool I was responsible for was missing—a high-end pair of bolt cutters that would go through chain link wire like a welding torch through a hula-hoop. I had no idea what happened to them.

After a couple of days—and a pleasant question and answer session with the head of security—I was suddenly released. The bolt cutters turned up in the possession of a trusted co-worker. He confessed to stealing them and admitted I was innocent.

The man was charged with theft and put in protective custody. Although scheduled to be transferred to another prison, someone in security screwed up. The day before his transfer, he was released back into the general population with the four men he almost caused to lose everything: our jobs, our room/cells in the honor dorm, and our earned "good time." The incident could have added years to our sentences if we had been charged.

There on the prison yard in front of us, big as life, was this fool. His kind of indiscretion isn’t just shoved under the rug in prison. There needs to be an accounting, or you are seen as weak—dogfood.

What happened next wasn’t pretty. Without unnecessary details, honor was restored and retribution satisfied. The man was allowed to run back to protective custody until he was transferred away. Despite the godfather face I wore as the leader, I was troubled. It wasn’t until I read King David’s reply to Nathan that my hypocrisy was driven into my heart.

I had been forgiven, and by God’s miraculous hand I was seeing my forty-six-year sentence melt away week by week. Yet, given the opportunity to spare and forgive this man, I urged on the wolves instead. I felt sick. I had failed my Father and Lord.

But like King David, God picked me up and restored me. I can hear His longsuffering sigh though: “Child, what were you thinking?”

Thank the Lord His love is beyond understanding and His forgiveness is eternal.

Let Her Say So…

David was furious. “As surely as the Lord lives,” he vowed, “any man who would do such a thing deserves to die!” 2 Samuel 12:5 NLT

Over twenty years of meth use had taken her front teeth.

This is the woman sent to condemn me? As all ninety pounds of her wailed in my face, she put on a show for the other inmates. However, I wasn’t foolish enough to be baited into a fight. I listened with disgust as this tiny, toothless woman pranced around spewing accusations. Who was she? That woman obviously neglected her children through drug abuse.

I was arrested on fugitive charges—wanted in another jurisdiction for an incomprehensible charge of attempted child abduction. The guards warned me against discussing anything with other inmates, but the story was sensationalized all over the news. They knew more than I did.

I did know one thing. No one was looking for explanations that day. Not them. Not law enforcement. Not even me. My only response to this woman was a rhetorical question, "What happened to your teeth?"

I knew I was innocent, but when you’ve been arrested, perception matters, not truth. To the women that day, and to a community whose bandwagon they jumped on, I was guilty.

Those days are forever etched into my conscience and serve to reprimand words I speak in judgment of others. The prophet Nathan was that reminder to King David when he eloquently revealed David’s faults in a parable.

Outraged by the selfish, heartless man Nathan spoke of, David condemned him to death. I can easily put myself in David’s shoes as Nathan reveals to him, “Thou art the man.” I see young mothers daily who struggle with issues like drug abuse and poor decision making. I question why they deserve their children more than I do mine. But, who am I? The answer is the same one Nathan gave in response to David’s rebuke—Thou art the woman condemned by her own tongue many times.

Like David, my suffering was caused by my own vices. I have been a liar, a thief, and many other things not physically manifested. Instinctively, I believed I was a good person and a good mother. But good was never enough to erase the corrupt nature of my character.

If your harshest condemnation of others happens when you’re most indulgent in your own sin, you may be judging yourself. Be like David after he recognized his sin. Own it.