O Lord, I know the way of man is not in himself; it is not in man who walks to direct his own steps.  Jeremiah 10:23 NKJV 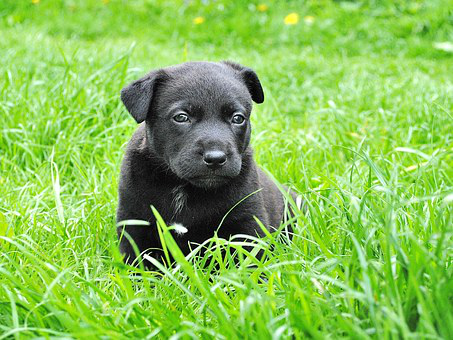 Max, a boxer cross, was a typical puppy.

Puppies wander here and there, noses to the ground, eyes playfully following a butterfly—unaware of anything but what’s in front of their nose at the moment.

Max would become a large dog, but as a puppy he was a stumbling, rolling, mess of way-too-big puppy feet and flopping ears. When he heard his owner call his name, he sometimes turned slightly, but he kept going his own way in the end. Max was his own dog.

Unfortunately, Max’s owner thought his disobedience was cute. Other than a half-hearted attempt to make him come when called, Max’s puppy-will was never thwarted. One day, Max once again ignored the mundane while following a delicious scent. But reality interposed sharply in the form of a blaring horn and screeching tires. Max’s young life was saved by the observant driver, but a bumper tap on his tail was a wake-up call for the puppy’s owner.

The Bible says we’ve all gone astray like sheep . . . like puppies. Sheep are famous for wandering, but they have nothing on a distracted puppy. Going astray is their normal course of action—and ours too.

When we direct our own paths, we follow numerous rabbit trails. Wandering around on our own seems fine until we happen upon an impossible situation. Then we have to decide where we will turn. Trying different things, while enjoying the supposed freedom of a self-directed life, may be common, but they’re directionless in the end. Only God can rightly direct our paths.

If you’ve followed a wayward path that has led to close calls and bumps, give God’s direction a try. He promises to guide you across the most treacherous streets.

Gaines Arnold is a Christian freelance writer whose mission is to write stories, articles, blog posts, and devotions that lead others to the freedom that can only be found in a relationship with Jesus Christ. He currently lives in Salem, Arkansas, where he is surrounded by the natural beauty of the Ozark Mountains.