I remember your genuine faith, for you share the faith that first filled your grandmother Lois and your mother, Eunice. And I know that same faith continues strong in you.  2 Timothy 1:5 NLT 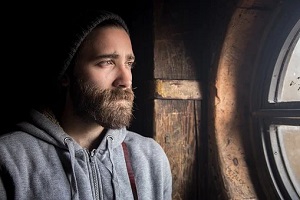 Two years had passed since my son and his family visited our home. Finally, the ice melted. After seeing him and his family at a few other family functions, we asked him and our daughter-in-law over for Sunday lunch.

After lunch, we lounged in the living room and told stories. They told of things they had done with their boys—things we had not heard about. I thought, Why not tell him things he and I did when he was younger?

So, I told a story and then asked, “Don’t you remember?” He didn’t. I told another story, asked the same question, and got the same answer. Our daughter-in-law rolled with laughter over stories she’d never heard. Our son laughed at the stories too and over the fact he couldn’t remember the incidents.

When I finished five or six camping and hiking stories, I remarked, “You know, I didn’t remember you going with me, your sister, and your uncle that often, but I guess you went more than I imagined.”

After several more stories, he admitted he remembered only small pieces of some of them. Others, he remembered nothing at all…even after I told him.

Amazing what telling stories can do. Doing so can bring families back together and heal hard feelings. It can also relieve stress and help members remember that, yes, we did spend time together after all.

When our son and daughter-in-law left, we hugged and expressed our love for each other. We hoped it would begin a new era in our relationship. One where past hurts—imagined or real—would slip further into the recesses of our minds and good memories would fill them instead.

According to Paul, Timothy had something to remember. The faith his grandmother had passed to his mother and the faith she, in turn, delivered to him. Now, he lived out his faith in such a way that Paul and others recognized it.

What are some faith stories you can share with your loved ones?