Looking carefully lest anyone fall short of the grace of God; lest any root of bitterness springing up cause trouble, and by this many become defiled ?  Hebrews 12:15 NKJV 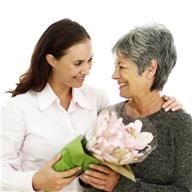 “I will never forgive him,” she said through gritted teeth. “God doesn’t expect me to and you can’t make me!”

My heart broke at the pain in my friend’s eyes. There were no tears—they had all been shed—only the droop of her shoulders and the invisible shackles she carries each and every day.

Betrayal, especially by a loved one, causes unbelievable pain, which can lead to anger, bitterness, and even thoughts of malicious revenge. When my friend, as a young girl, refused to deal with her “demons,” they created a lifelong grudge that became a millstone around her neck—a heaviness that holds her back from a life of freedom, joy, and the fulfillment God has planned for her.

A grudge is something that can begin as a tiny niggling in the back of your mind. Then, every time you see the offending person, hear their name, or even have a passing thought about them, the resentment grows and spreads until it suffocates the spiritual life out of you. Deep-seated resentment is toxic. The writer of Hebrews calls it a root of bitterness and tells us that it causes much trouble and defiles others.

The Bible gives us many ways to deal with this: Forgive and be forgiven. Don’t let anything offend you. Cast all your care on Him. Forget what is behind and press on. First comes forgiveness, then comes healing.

My friend has been carrying this grudge so long it has become her identity, and she’s afraid to let it go. She’s become oddly comfortable in her self-imposed misery. She thinks that to forgive means letting the offender off the hook, making what they did okay. Holding on to this bitterness gives her a bogus sense of control over the offender when, in reality, she is the one being controlled. I have explained to her that forgiving someone and letting go of a grudge does not let the other person off the hook—it lets her off the hook. I pray that one day she will trust God and allow Him to restore her.

The unmistakable truth is this: You can’t move forward while staring into the rearview mirror. Put the past behind. Let it go. Take God’s hand and let Him lead you to freedom.