He Will Not Let You Slip 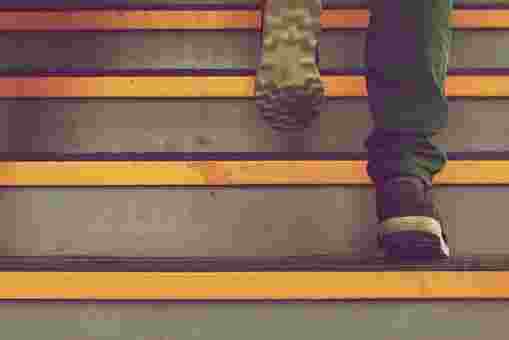 The steps were skinny. Skinny as in . . . not even the length of your foot. I can’t tell you the times I’ve fallen because the steps were so thin. Even the dog’s feet flew out from under him. If it weren’t so bad, I’d say it was funny. That is, until . . . my son, Cameron, took a horrible fall.

It was terrible. My husband was at the top of the stairs, grabbing at him and missing. I was at the bottom, trying to catch him. Yet nothing we did could prevent his socked feet from sailing waist high into the air, his flipping twice, or his temple slamming against the banister before he hit the floor.

My heart stopped as I looked at my ten-year-old son, lying lifeless at my feet. I dialed the doctor, who immediately told me swelling could be internal. “Rouse him and get to the hospital now.”

The writer of the Psalms reminds us God is faithful. As a shepherd, he needed sure footing to prevent slips and tumbles as he cared for his sheep. Deeper yet, David understood how the Father never spiritually let him slip. Rather, He watched over him–never sleeping.

And that, friends, is comforting. Just knowing God has us. He’s always there to catch us. His presence doesn’t prevent life from happening, but it does mean, despite the trials, God never lets us slip away from Him.

No matter how my husband and I tried, we couldn’t keep Cameron’s feet from slipping. The fear we faced as he lay in the hospital was terrifying. After hours at the ER and tons of prayer, we were finally able to take our son home. He had a nasty headache, but he came out fine. We began the search for someone who could rebuild our staircase so no one else would fall–a task in and of itself.

Sometimes we can’t prevent a fall, but when we face those slip ups, it’s nice to know our Savior stands firmly beneath us to break our fall. When you feel your feet sliding, dig your heels into trust and know God is with you. He will not let you fall.