Therefore, if anyone is in Christ, the new creation has come. The old has gone, the new is here!  2 Corinthians 5:17 NIV 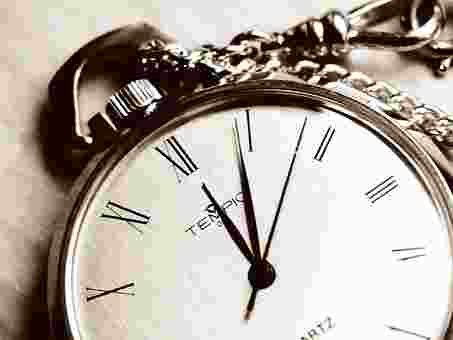 It was only yesterday when I strained to keep my eyes open just to watch that ball drop in New York City. Now here I am, 11:55 p.m.–waiting for the same thing again.

When I was a child, time dragged. January 1 came and the count down for Christmas began with carefully scoping out the newest toys. Things like Slinkys, bicycles, and Easy Bake Ovens. It seemed like time went into slow motion as we scoured the Sears catalog.

Time slowed a lot as a kid. Like when my feet were cold and I longed for spring. Or when the end of the school year was only a month away. Even when the sun took its time warming the creek so we could bear diving our fingers into the icy waters in search of crawdads. Then it grew slower when November rolled around and Christmas approached.

It sped up after I passed fifty, when the harsh realization my children are really grown happened. Now January comes, and, by Christmas day, I’m still feeling like it was months prior.

I suppose it’s the season of life I’m in. Maybe it was season of life Paul was in as well. From Saul to Paul, he realized just what it meant to have life in Christ. After all, no one had made a bigger change in their life than Paul. He understood what it meant to have the “old” taken and the “new” arrive. Paul went from murderer to holy peace maker.

Being new in Christ comes slowly for us humans. We like to hang on to the past and dwell there, never loosening our grip on what once was. The truth is, when we take on a Christian life, “new” washes over us like a tidal wave, and, if we are faithful, it continues to wash over us daily–hard, fast, and fresh.

When you enter into the New Year, don’t let time drag you down. Grasp hold of the new Christ has given you and say goodbye to the old. Look forward to each new day, each new opportunity, each new breath. This is how it should be.