But when the magicians tried to produce gnats by their secret arts, they could not. Since the gnats were on people and animals everywhere, the magicians said to the Pharaoh,?This is the finger of God.?  Exodus 8:18-19 NIV 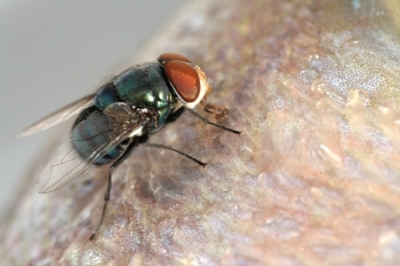 Have you ever had an encounter with gnats? I mean the tiny, swarming, pesky kind that cover your face, climb in your ear canals, stick to your tongue, sink to your scalp, and get sucked up your nose when you try to mow the lawn, work in the garden, or sit in the yard. Annoying, frustrating, maddening, right? These miniscule mischief-makers can render us helpless.

In fact, gnats did leave the Egyptians, Pharaoh, and his magicians both helpless and clueless. Because Pharaoh would not release God’s people from slavery in Egypt to follow Moses to the Promised Land, God produced a series of miracles to force his hand. When Aaron threw down his staff and it became a snake, Pharaoh’s magicians did the same. When God turned all the streams, canals, and ponds to blood, Pharaoh’s magicians did the same “by their secrets arts.” When God sent frogs hopping from bed to oven to kneading trough, magicians imitated the miracle. But when a plague of gnats came on all the people and animals of Egypt, the magicians threw up their hands and declared, “This is the finger of God!”

A principle of God’s kingdom assures us that the least consequential in His Creation will be used to astound the wisest. Gideon, just one of many Biblical examples of this paradigm, responded to God’s call, “My clan is the weakest, and I am the least in my family!” A kingdom gnat.

God’s response was simple: “Am I not sending you? Go in the strength you have.” Incredible victory for Israel resulted.

Sometimes I feel as insignificant as a gnat, flying aimlessly about, seeking a target of effectiveness. Stories like Gideon’s remind me that God doesn’t seek a powerhouse. He seeks the yielded, dependent “gnat” who believes the promises of God and acts in obedience to His commands. The result: kingdom gnats transform their world.

You are not inconsequential in the kingdom. Like gnats, you can astound the world and hear people say, “This is the finger of God!” Trust Him for who He has made you to be.

(Photo courtesy of morguefile and pedreojperez.)

Jo Ann Walczak taught middle and high school English for thirty-one years. She has also taught and ministered in China for over ten years. Currently, Jo Ann is an editor with C. Hope Flinchbaugh Editorial Services. Hope and Jo Ann broadcast the gospel to Mandarin speakers in a weekly blog talk radio program, “The Voice of Hope.” The show can be accessed at www.blogtalkradio.com/voiceofhope. Visit Jo Ann’s blog at www.joannwalczak.blogspot.com.