Rewards of Faith in Action

You shall have your life as a prize of war because you put your trust in me, declares the LORD.  Jeremiah 39:18 ESV 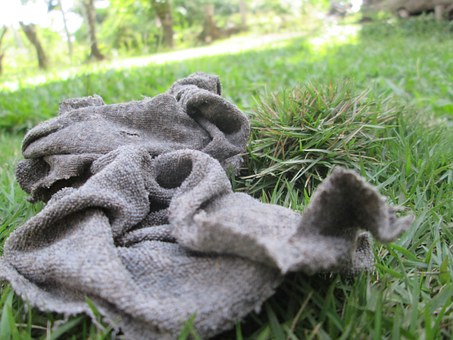 Rags are not worth much. Cut into pieces, they can polish silver or clean up messes. Their end, however, is the trash.

The rags in this story had a unique use: comfort. They helped save a prophet’s life.

Jeremiah, the “weeping prophet,” mourned because of his country’s behavior. He proclaimed dire consequences for those disobeying God’s commandments and practicing idolatry. Jeremiah predicted “Jerusalem will fall, and Judah will be captured by a foreign land.” People hated his messages, but his words were God’s words.

The first deportation to Babylon had already occurred. King Zedekiah disliked Jeremiah’s news that he would go into captivity also. He confined the prophet to his palace court prison. However, this king was not an effective ruler. Evil princes did a daring capture of Jeremiah, taking him from the palace to the dungeon of a scribe’s house. These men abused Jeremiah. The king commanded the princes to release Jeremiah, but he was powerless over the wicked men. They cast Jeremiah into another dungeon void of drinking water, and he sank into the mire—a certain death.

An Ethiopian eunuch from the king’s household named Ebedmelech ran to the Benjamin gate where he sat and begged the king to save the emaciated, dehydrated prophet. He had an escape plan: “Take thirty of my servants to rescue Jeremiah.”

After telling Jeremiah to put old clothes and rags under his armpits before placing the ropes around him, the line of servants took deep breaths and pulled hard on the ropes until Jeremiah was free.

Thinking about my own suffering and recent prayers to my heavenly Father, I was touched by God’s intervention for Jeremiah. Every person’s life has struggles or things that frighten them. Encouraging words comfort, but a friend who shares the burden is better. Doing kind deeds can lighten suffering.

Love should drive our faith into action through recognizing the struggles of others. I observe, investigate the facts, pray for direction, and then intervene by doing what God puts on my mind and heart.

Find ways to put your faith into action. When you bless others, God will bless you.