A Work in Progress

Perseverance must finish its work so that you may be mature and complete, not lacking anything.  James 1:4 NIV 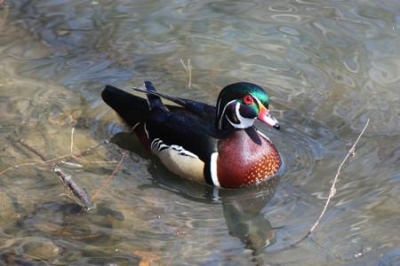 When Bob displays his handiwork at craft shows, he tells the story of his journey as a Christian. He proudly shows off his first decoy, created over twenty years ago, with its too-broad neck and extra-thick head. Quite honestly, I can easily understand why he has never sold this particular decoy. It truly does not reveal expert craftsmanship. Still, Bob’s recent creations involve intricate detail and beautiful woodworking skill. His rich colors accurately mimic the iridescent green head of the mallard. His skillful carving creates lifelike detail. His creations are destined to fool the unsuspecting victims they are meant to fool.

Bob explains that his journey as a duck decoy maker parallels his journey as a Christian. In his early walk with Christ, Bob admits his efforts were awkward. His carving knife often slipped and formed an unintentional notch in the wood. He needed continued practice and instruction. As a result, with time and perseverence, Bob has learned to reshape his life and carve out the clutter whenever it becomes necessary.

We can learn from Bob’s display of duck decoys. From his first creation to his fiftieth, these decoys show a beautiful progression. In our Christian walk, we begin as awkward novices. Along the way, we may be required to smooth out some rough edges here and reshape some bad cuts there. The journey of a Christian constantly requires us to reshape ourselves as God wants us to be.

Like Hans Christian Anderson’s story of the ugly duckling, we have the potential to become beautiful swans, but we are a work in progress. Our evolution cannot take place overnight. God is patient and merciful. If we allow Him to be the potter to our clay, He can mold us into beautiful Christians.

Give God carte blanche over your life, and allow Him to work within you to become the beautiful Christian He has planned for you to be.

(Photo courtesy of morguefile and Sgarton.)