The All-Consuming Fire of Jealousy

Anger is cruel, and fury overwhelming, but who can stand before jealousy?  Proverbs 27:4 NIV 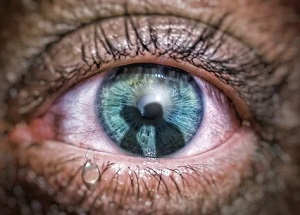 Imagine a band of aspiring adventurers seeking to overcome a terrible evil in a cave with a dungeon inside.

A dangerous dragon lurks, guarding hordes of treasure, and the princess waits to swoon over her knight in shining armor. “Oh, my champion has arrived!” You know, the usual.

But two different races resided within the fellowship. One, a noble-born elf, and the other, a proud prince of a dwarven king. Many a battle, they fought. Many glorious songs were sung about this adventurous duo. The goblins and orcs were but mere foot soldiers compared to their might and deadly skill in the art of war.

When the time came to divvy the treasure and divide the plunder, the elf and the dwarf bickered and complained over who should receive the favor of the human princess. The elf craved the appraisal from the princess for his elegance and beauty, while the dwarf desired to honor his father by bringing gratitude to the king. Through long and sustained bitter quarreling, the dwarf tackled the elf and knocked him off his feet.

Envy and jealousy are terrible things. Envy is a bitter root and malicious poison that suffers no rivals. However, jealousy is an unyielding thing.

Our heavenly Father loves and cares for us deeply. He suffers no rivals when it comes to our attention. Nor will He tolerate adversaries for His bride, the church. This can cause us to stumble at times in more ways than we can think of.

It’s an amazing thing how much our heavenly Father loves us, and how His jealousy reflects certain things that come up in our lives.

Regardless of whether we’re going on an adventure, staying home with a good book, enjoying warm food near a fire, or just cozying up, we can discern types of jealousy in our lives and how to understand not being knocked over—or knocking someone else over in the process.

Don’t let jealousy knock you out of God’s plan.

Jordan Zuniga is an emerging devotional writer and poet. He has multiple pieces on Instagram @cccreativewriter. He is actively seeking representation from a literary agent to pursue traditional publishing for high fantasy and Christian work.