Be a Source of Water

They went to the cisterns and found no water. They returned with their vessels empty; they were ashamed and confounded.  Jeremiah 14:3-4 NKJV 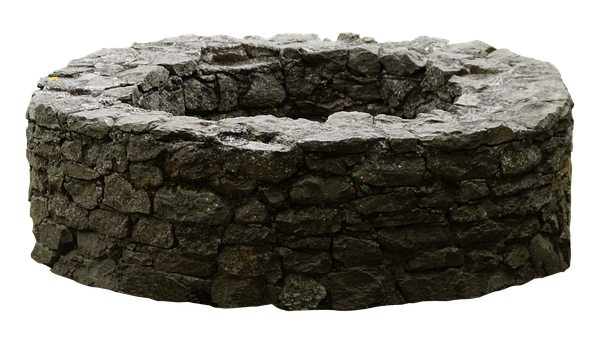 Growing up on a small farm in rural Washington State, I became familiar with our pump house and well.

Though too young to know the well depth or water purity—or even how the pump worked to get water to our house—I did notice my dad’s concerned and frustrated look when something went wrong with it.

If he could fix the problem, which he often did, he wrestled the heavy concrete lid from the top of the well and worked on it. I remember looking over the edge of the uncovered well and seeing the water shimmering far below. The presence of water was always a good thing. Fixing a pipe or pump was easier and cheaper than drilling a new well.

But imagine going to a well and finding it bone dry, and then drilling another well and finding only dry sand and dirt. For miles around, no water—not in wells or bottled in stores. Possible heat stroke or dehydration would follow. Then, on top of this, imagine a nationwide drought. In Jeremiah’s day, their drought conditions were a result of God’s judgment for rebelling against Him and forsaking His moral standards.

Israel’s waywardness and God’s judgment remind us sin is a counterfeit that never fulfills, satisfies, or quenches our desires. Having wandered that dry, barren desert, I know sin is merely an appealing mirage that abandons thirsty, fatigued, ashamed, and confused people.

The world is a desert, and sin is the drought. Many people wander about seeking relief from the heat at a refreshing oasis. They just do not know where or how to find it. They not only need a refreshing drink, they also need the source of satisfying, living water.

As followers of Jesus, the Living Water—who drink from His fountain and have a wellspring bursting forth within us—let’s be the source of refreshing, untainted water for a dry, thirsty world. Let’s not simply talk about or describe it, but let’s bring others to Christ’s overflowing well of Living Water.

Be a water source to end sin’s drought and quench its thirst.