There is a time for everything, and a season for every activity under the heavens.  Ecclesiastes 3:1 NIV 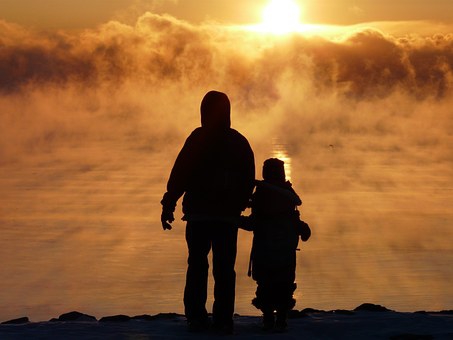 Last year at about this time, I sat and jubilantly waited for my father to answer my call. It was tradition.

For thirty-five years, whenever North Carolina won the National Championship in men's college basketball, I called my Dad. No matter where I was, or what time of night, if Carolina won it all, my Dad (UNC '52) waited for my call, and we celebrated together.

There had been four of these wonderfully special calls over the years: 1982, 1993, 2005, and 2009. The 1993 call I made from prison. (You'll forgive me if I don't elaborate on exactly how I managed that.) That night, Dad was at his apartment in the Springmoor Retirement Community in Raleigh, North Carolina.

No answer. Thinking I had misdialed, I hung up and redialed. Ever since I was a little boy, my father and I had suffered through the ACC and NCAA Basketball Tournaments together. Either watching on TV or huddling by the radio, together we tried to will the Tar Heels to the National Championship. Somehow throughout the 60's and 70's, there would always be another team slightly better or luckier. And Dad and I would commiserate together. Finally, in 1982, Dad and I were able to joyously celebrate, as we had three additional times over the years.

The phone continued to ring, until finally … sadly … I hung it up. Three months later, my brother and I moved our father into the Alzheimer's Wing at Springmoor. The disease had progressed that fast. In just a few months, Dad lost his hold on the present and slipped into the past where he now lives out his days. Should Carolina win it all again, it somehow won't ever be the same. There will be no more calls.

Our Father tells us through his Word that to everything there is a season. For all things, there is a time to live, and a time to die. In the blink of an eye, a season can change. It does not matter if we are ready for the change; the change is inexorably coming. We are the last generation before the return of our Lord Jesus. Our particular season is moving—second, by minute, by hour to its conclusion.

Our season is ending; a glorious new season is waiting to dawn. Are you ready?