Jesus - Peace in the Rhetoric

Make sure that nobody pays back wrong for wrong, but always strive to do what is good for each other and for everyone else.  1 Thessalonians 5:15 NIV 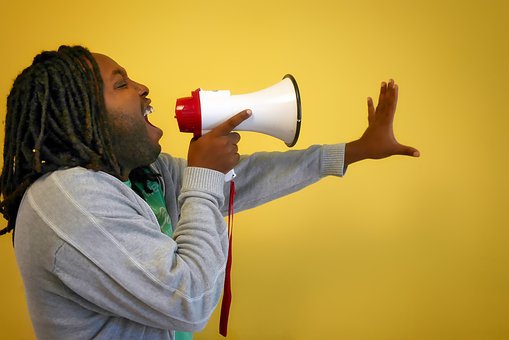 It was sheer and utter chaos. Memories of the 60s resonated. I was a six-year-old child, hiding behind the couch as Dad watched the news.

Anti-war riots, Viet Nam body counts, and racial unrest scared me to death. When would the rhetoric make its way to our rather peaceful, mountain existence?

Rioters chanted, “Peace not war! Love not hate!” Yet fighting and destruction followed their chants. I didn’t understand how people could scream love but throw rocks at policemen. The signals sent over the airwaves were confusing and frightening.

Today is no different. The news shows the same chants ... the same hate-ridden actions. And I’m still frightened. I’m frightened for my grandson and our grandbaby-in-waiting. Fear is nothing I want them to feel.

Paul saw much of the same thing when he penned his letter to the Thessalonians. He understood what chaos could do to the body of believers, so he urged them to remain peaceful, never paying back wrong for wrong. He could have coined the phrase, “two wrongs don’t make a right.” Paul knew vengeance led to retaliation, and retaliation led to chaos. His entire letter encouraged them to make right and good decisions, to rejoice always, and to pray continually. No one knew better than Paul about the hardships and temptations they would experience. He’d lived through them himself, and he wanted them to know—as hard as it was to be the bigger, better person—that the rewards of their efforts would be greater.

The world has changed little since Paul meandered the rocky paths from town to town preaching God’s word. These days we have stints of peace when the rhetoric eases, but then Satan gets a foothold and things whirl out of control again. Anger, selfishness, and entitlement wreak havoc. The “all about me” attitude breeds unrest and greed. And for me ... the memories of the 60s resonate again.

As much as I’d like to hide behind the couch, I have no need to fear. We have hope in the resurrection of Christ. That in and of itself takes the sting out of the chaos away. Despite what seems to be our inevitable desire to self-destruction, Jesus sacrificed that we might be saved. He took on the battle for us, fought it, and won. Choose to walk away from the rhetoric. Don’t subject yourself to payback and hate. Rather, strive for the good. His sacrifice was not not in vain.

This Easter, remember the sacrifice made for you. There is peace in the rhetoric and His name is Jesus