But you, O Lord, are a God of compassion and mercy, slow to get angry and filled with unfailing love and faithfulness.  Psalm 86:15 NLT 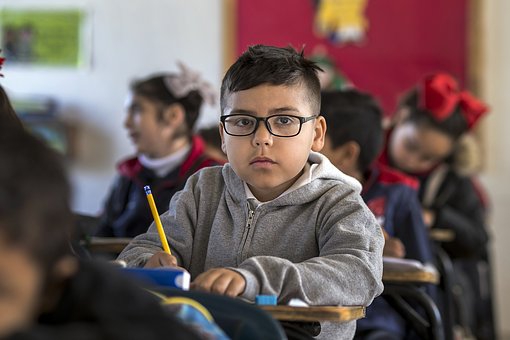 My warnings were numerous; they didn’t listen.

I could identify. When I was their age, I had no interest in school either. These two boys topped my antics though. I didn’t talk in class, I just daydreamed or slept. Nor did I ignore the teacher’s warnings to be quiet.

One day, my patience wore thin. I told them to see me after class. After talking with them, I informed them they’d serve Lunch-n-Learn. They had their excuses and speeches prepared. “Dad will kill me,” one said. “He’ll take everything away from me.” The other said nothing. He was already in trouble. His mom had scheduled a conference call with another teacher the same day.

The first launched into a speech I’d heard before. “Move me,” he said, “just don’t give me Lunch-n-Learn.” When I showed him the desk up front—the one isolated from everyone else in the class—he offered to sit in other desks, just not that one. “That one or detention,” I said. He took the offer and stomped out.

The psalmist knew people who tested the limits as these two boys did. At times, he was one of those people. He had fallen into various sins and watched others who had as well. Yet he had also experienced God’s patience.

Like these two scamps, I was a rebel for many years. I knew better than to do the sinful things I did. My parents raised me right—and my grandparents reinforced their rules. I rebelled anyway. Doing so seemed more fun. I tested their limits, which parroted God’s limits.

But God showed me patience. He could have punished me in numerous ways, but He let me go my own stubborn way. When I finally got around to asking forgiveness for my sins and failures, He forgave immediately. No acts of penance needed other than my acknowledgment. And He gave me many second chances along the way as I rebelled.

God’s patience and forgiveness didn’t mean the absence of consequences. Sin naturally involves those—sooner or later. I paid the piper in a variety of ways, but doing that had nothing to do with God’s forgiveness. He offered it willingly, even though I tested His limits.

Obedience to God is healthier than testing His limits, but when you fail, He’s always willing to forgive, pick you up, and give you another chance.