Who Has the Last Word?

I waited patiently for the Lord to help me, and he turned to me and heard my cry.  Psalm 40:1 NLT 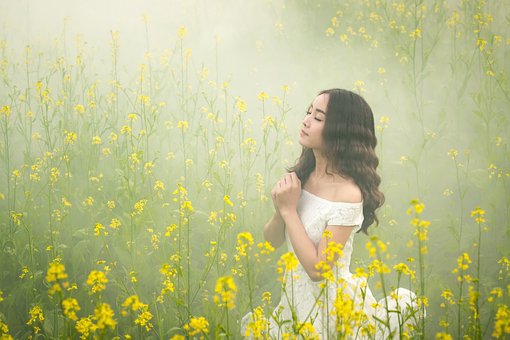 Pneumonia. That was the diagnosis for my eighty-eight-year-old father. The call came from my brother. Dad had contracted the flu, and it worsened into pneumonia.

No one involved was optimistic. In addition to being eighty-eight years old, Dad has what is called post-polio syndrome. At seventeen months old, Dad contracted polio. It left his body wracked, withered, and crippled before his life had even begun. A lifetime of overcompensating for the diseased muscles polio had taken finally started to overwhelm the good muscles his body had left. His body was failing.

I called my father. When he answered, I could barely understand him. His medication caused him to slur his words. But he was lucid and in the present (My father has Alzheimer's and lives most of his days in the past.). He told me he was tired, very tired ... that it was all in the Lord’s hands. I told him it was okay and that he could rest. I told him I loved him. He told me he loved me. We hung up. And yes, I cried.

Dad continued to slip away and was unresponsive to visitors. He slept nearly all the time. I spent every second waiting for “that call” from my brother, David. He and I prepared for the worse, and we prayed. A lot of you prayed with us, and for that, I dearly thank you.

Between the flu and the pneumonia, something had been taken from him. As he had told me …  he was tired. The doctors told us this was going to be his new “normal.” In other words, be prepared.

I thought to myself, But y’all ain’t Jesus, and my Lord has the last word. My brother agreed. And we continued to pray.

The next day saw Dad more responsive. The pneumonia disappeared. The day after that even more improvement. And by small steps every day for the rest of the week, he made continual steps back from the brink. Finally, as I write this, my brother reports our Dad has returned to just about where he was before the flu. He’s awake, dressed and out of bed, and ready for the day. Hallelujah. Thank you, Lord.

The Lord longs to help us, to hear our prayer. What can you lay before him today?