I have set watchmen on the walls O Jerusalem, which shall never hold their peace day and night: ye that make mention of the Lord, keep not silence.  Isaiah 62:6 KJV 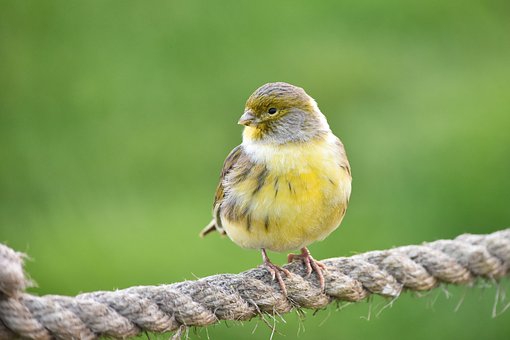 The tiny barn finch searched for the perfect place to build her nest. The same day, my husband hung his car-washing mitt on the clothesline to air out.

A week later when my husband approached the clothesline, a small brown bird chattered and darted, showing its displeasure. A quick glance in the mitt showed a bundle of sticks, branches, leaves, and grass. Backing away, my husband watched as the tiny bird flew deftly into the glove.

Days later, as I hung a few items on the clothesline. I was met by the same chattering, swooping barn finch. I spoke soothingly to the critter, but it didn’t listen. It sat on the garden fence, fussing and complaining.

Later, I paused to reflect. If I were as diligent at keeping watch as that small bird, life would change. It did when the watchmen of Jerusalem did their job.

Keeping watch, I could discourage family or friends from making the wrong choices. I could keep my family close, assuring them I have their good in my heart. If I were as careful for other’s lives as that finch was for its babies, I would speak to the lost and help them find the way to true happiness. If I were more diligent, I would spend less time complaining and chattering.

After the finch moved out, we checked the mitt. Stuffed with twigs, leaves, and bird debris, the mitt needed to be tossed. As a Christian, if I do not show others the way to God, they too will be tossed into the eternal fire that has no end.

Ask God to help you be diligent and caring. Rather than chattering and complaining, let God prompt you to care for those who are lost and lead them carefully to Him.

Anna Gregory lives in Macon, Illinois with her husband Dennis. She has five sons, sixteen grandchildren, and one great grandchild—just enough to keep life interesting and full of blessings. She has written devotions for Secret Place, Upper Room, Pathways to God, Anchor, and Christian Devotions.us. She has also written one book, Searching for Charlie, and is currently working on another, Unbroken Pencils.