You split the sea by your strength and smashed the heads of the sea monsters.  Psalm 74:13 NLT 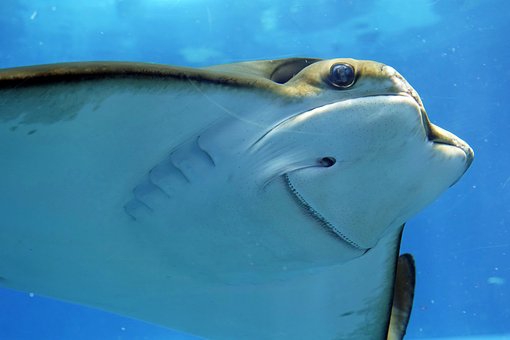 Dad’s new prized rod and reel was gone. The exact same rod he had told me to watch while he went back to the cottage on the beach behind us for a moment. Dad was surf fishing and even now had a line cast out beyond the breakers. I was six years old and had been happily building sand castles while Dad fished.

Then, astonished, I jumped to my feet. The pole holder Dad had shoved into the sand lay on its side, having been pulled out of the sand. Staring up and down the beach, I saw Dad’s fishing rod sliding down the sand toward the breaking waves. Racing after it, I snatched it up and tried to rewind the line. I couldn’t budge it. Hollering for my parents, I struggled back up the beach with the rod, fighting against whatever was pulling it out to sea. Fortunately, another fisherman close by heard me yelling and rushed to my aid, even as my parents hurried to the beach.

The fisherman took the rod out of my hands and began to wind the reel. I took off for the surf to see what Dad had caught. Following the line into the waves, I saw it disappear into the breaker building right in front of me. And then, surfing out of that wave as it began to curl was the biggest, meanest, scariest looking stingray in the world. The fishing line disappeared into his mouth, and his eyes bored into mine.

I screamed in sheer terror and raced out of the surf. Somehow I beat the wave to shore. The fisherman pulled the stingray onto the beach, where he quickly cut off the ray’s dangerous barbed tail.

Once the monster ray was harmlessly on the shore, it wasn’t nearly as big as it had been coming out of that wave. It was barely two feet. As it flopped and breathed its last, I actually felt a little sorry for it.

Most of our problems are like that. What at first glance seems overwhelming, when put into perspective, is just something else flopping on the sand. When we put our problems into perspective by giving them to the Lord, He can show us how tiny they really are in His hands.

What Leviathan can you put into God’s hands today?