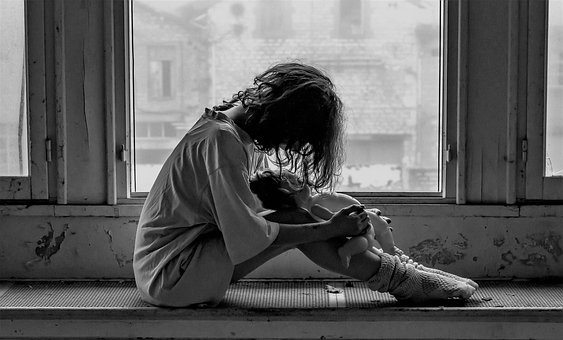 She sat on her back porch, crying and wondering what she was going to do.

On March 24, 1997, the husband of a dear friend rolled his tractor and mower over a hillside and trapped himself underneath. With his death, my friend lost her husband, earthly security, and best friend. Although overwhelmed, she refused to buckle. Rather, she resolved she would thrive under God’s care and guidance.

My friend continued her previous church roles and added a new one: American mom to international university students. She flourished, however, in her dedication to volunteer missions. She went and served as often as circumstances allowed. Some trips offered safe, comfortable surroundings while others challenged the heartiest of individuals. Yet, she never wavered, saying instead, “Jesus gave so much for us. It’s time to give back.”

After God miraculously led them out of Egyptian bondage and through the Red Sea, the people of Israel traveled three days without water. When they found water at Marah, they could not drink it because of its bitter taste. As we so often do, they grumbled rather than turning to the one and only all-powerful God or looking for God’s blessing in the midst of the problem. However, when Moses called out to God, God healed the water and the people journeyed on to far greater blessings at Elim.

Ordinary people face daunting obstacles daily. Some crumble under the load while others make the best of circumstances and change our world for the better. My friend chose the latter route.

We must also choose. We can become bitter, like the water of Marah, and grumble, like the people of Israel, or we can call out to God as Moses did.

God waits to heal, transform, and use you—as He did the desert water.