What Can You Do?

For God is not unjust. He will not forget how hard you have worked for him and how you have shown your love to him by caring for other believers.  Hebrews 6:10 NLT 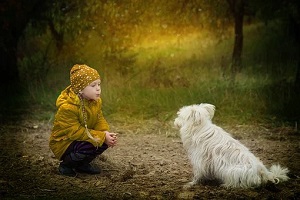 On January 20, 1961, a United States Supreme Court clerk held a large Fitzgerald family Bible and swore in John Fitzgerald Kennedy as the 35th President of the United States of America. Deep snow, along with sunshine, provided an awe-inspiring background for the speech, which Kennedy delivered from the east front of the Capitol. Challenges of the Cold War no doubt contributed to the attendance of more than 20,000 people who braved 20-degree temperatures to hear the speech.

The audience was national and international. Kennedy not only wanted to inspire the nation but also to express his hope for peace in a world marching toward the escalation of nuclear weapons and possible nuclear warfare.

Within his speech came the quote he is still remembered for. One we need to hear again in our age where we have raised a generation who thinks life entitles them to the best, regardless of their efforts.

The writer of Hebrews never says we deserve the rewards or blessings God promises to give us for our service to Him; he merely says God will not forget what we do for others. And serving others is exactly what Kennedy challenged Americans and the world to do.

God measures greatness not by how many serve us—the world’s measuring stick—but by how many we serve. The opportunities to achieve this greatness through acts of kindness abound. And we don’t have to have pleasant circumstances to decide whether we’ll serve. During trying times—a pandemic and a fledgling economy among them—we can do things to relieve the hurt of others and to promote peaceful relationships in our family, community, country, and world.

Whether or not others repay our kindness is immaterial. We serve because God has served us most mercifully by allowing His Son to pay our sin debt. Having been released from condemnation, God frees us to be the serving hands and feet He created us to be.

Ask God to show you what you can do for others. He’ll be glad to oblige.