Invest in seven ventures, yes eight; you do not know what disaster may come upon the land.  Ecclesiastes 11:2 NIV 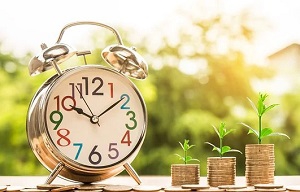 Spreading our potential avenues for profit is wise.

Imagine a king who seeks to invest his royal treasury. He determines what his kingdom is fruitful in and what his kingdom lacks. He calls the wise men of his kingdom to help him with the task of managing his finances and considers the areas that could become a loss if not pursued properly.

One of his wise men remembers that a famine comes around the king’s lands almost every year. He urges the king to invest in food to sell to his people during the famine—not only for profit but also to prevent a rebellious uprising from the kingdom’s citizens. The king listens to his advice and agrees. He signs a royal decree to take investments from the treasury to ensure his kingdom’s survival and eventual prosperity.

Times and seasons have this in common: the Lord determines their portion. Seasons change, and the wisdom to seek opportunity—given the right circumstances—should be a discipline practiced diligently.

We must investigate how we can become more profitable in certain areas of our life. And not only with our finances, but also our time, relationships, and generosity. God can help us become wiser in managing our investments and more diligent in seeking new ones we’ve never considered.

Ask God to give you wisdom with investing and in discerning the times ahead.

Jordan Zuniga is an emerging devotional writer and poet. He has multiple pieces on Instagram @cccreativewriter.