Watch your tongue and keep your mouth shut, and you will stay out of trouble.  Proverbs 21:23 NLT 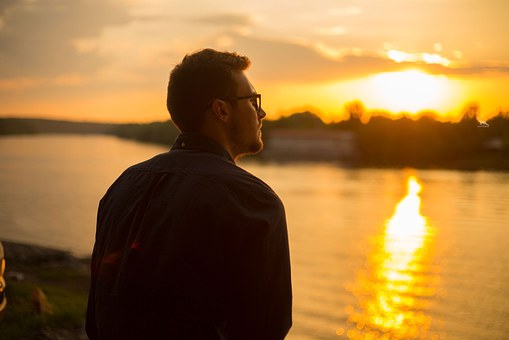 One year had passed—with only a few words spoken.

My son stopped speaking to my wife and me the day after we discovered my wife had a brain tumor. We thought he had gotten mad because I shared the news with him one day later than I did with his sister. My wife and I made numerous attempts to contact him by phone and by text. No response.

We let our son stew in his silence. It wasn’t the first time he’d gotten mad and quit talking to us. Silence seemed to be his preferred way to handle things … but his silence wasn’t golden. At least, not for us. His silence meant we didn’t get to see our grandson who was two and who was growing up not knowing who we were.

In a one-year period, we saw our son once and our grandson twice. Hello and goodbye. Nothing more. Our grandson barely acknowledged us.

One night, as I relaxed in my recliner, my phone rang and my son’s name appeared. He was calling to apologize for the way he had handled the situation. He wasn’t mad about what we had assumed. His silence came out of anger. He thought we always expected him to bring our grandson to see us.

I told him we’d love to come see them. At the time, my work schedule and theirs prevented much visiting. Now, things had changed. We made plans for them to come the following weekend to eat Sunday lunch with us. My wife and I celebrated the end of the silence .

The proverb about the merits of keeping our mouths shut rings true … most of the time. I’ve avoided a lot of trouble by remaining silent. But silence can signal various things.

Silence can express wisdom or signal trouble is brewing. In our case, silence demonstrated unforgiveness for something we didn’t know we’d done. Forgiveness broke the silence. Silence can also articulate anger, as it was with our son. Since anger has a deadly nature, expressing it normally gets us into trouble. Breaking the silence with kind words often heals the hurts. It did with our son.

Don’t let silence be your unhealthy response to a situation.