It's Not My Battle

…This is what the Lord says to you: "Do not be afraid or discouraged because of this vast army. For the battle is not yours, but God’s."  2 Chronicles 20:15 NIV 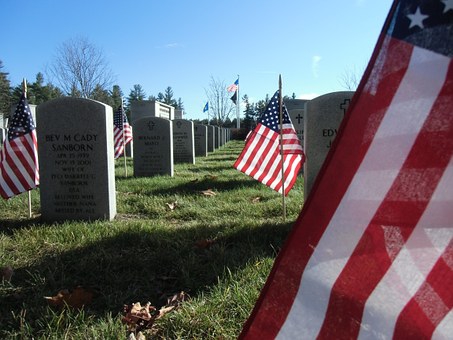 I’ll never forget it. The day Dad first opened up about his stint in the Pacific theatre. He never talked about his days in the Army. Ever. Instead, he suffered in silence.

Nightmares, fear, worry. I feel sure all were signs of PTSD. World War II was brutal, and Dad was in the thick of hand-to-hand combat. The recipient of not one, but two, purple hearts, Dad paid a severe price for his country.

Before Dad’s death, we found his medals and framed them. He smiled, hung them on the wall, and never paid them another ounce of attention. Although Dad was proud to serve his country, he could have cared less about the accolades. “Medals don’t mean nothing. I did what I did because I chose to.”

Years after Dad’s death, we found his dress greens perfectly preserved. But perhaps the most impactful find was a 3 x 4 Bible with a metal cover—the corner bent and torn from a sniper’s bullet that tore through Dad’s chest … and the only thing that prevented the bullet from hitting his heart. We listened as Dad described the horrible day, and how he and his men simply prayed God would save them. And He did.

God sent a prophet to tell King Jehoshaphat the battle he would lead his men into was not his battle, but God’s. Better yet—it was already won. When the Israelites arrived to fight, the enemy was dead. They’d fought one another.

Even today, God leads His mighty armies into a spiritual battle in the heavenly realm. Daily, He claims the battles as His own and wins them on our behalf. What a God of protection. What a loving Father.

Our world is a mess, yet daily men and women take the battle in hand for us. They fight on our behalf. Without a second of hesitation, these soldiers step up to the plate protecting a sometimes very ungrateful nation of people.

We are free because of the efforts of those who fight the battle for us. Just as Christ sacrificed Himself for our sin, these men and women sacrifice their lives to be sure our nation remains free.

Today we celebrate our independence. Thank those who willingly serve, and then praise God for the battle He won over death—for you.