Everyone must submit himself to the governing authorities, for there is no authority except that which God has established.  Romans 13:1 NIV 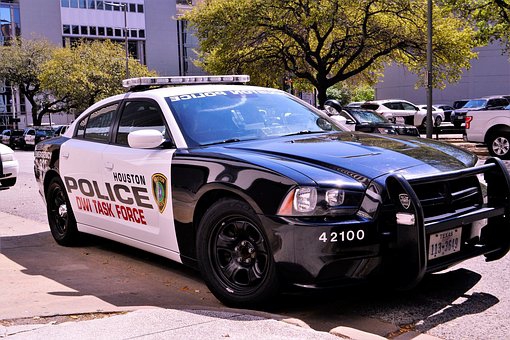 Oh, no! Flashing lights coming up fast from behind! That couldn’t be good.

Carol had been grocery shopping and was returning home on a lightly-traveled road. She was only three miles from her small town when she found herself behind a slow moving farm vehicle.

Carol followed the driver for a while because they were in a no-passing zone. Ordinarily, she followed slow-moving vehicles, sometimes for several miles, until she could legally pass. But she could see several miles ahead and the road was completely clear of other vehicles, so she cautiously passed the machinery.

As she pulled back into her lane, she glanced in the rear-view mirror, saw flashing lights, and quickly pulled over to the side of the road. Evidently, the unmarked police car had been following her for quite a while. She handed the policeman her registration and driver’s license and waited while he checked them.

When he returned, he told her he was only giving her a warning but for her to remember not to pass on a double-yellow line—no matter how slowly the vehicle in front was moving.

Probably, there had been other drivers who zipped around the farm machinery and didn’t suffer the consequence, but Carol was caught in the act of disobeying the law.

She had never passed in a no-passing zone, and she vowed never to do so again. It was a hard lesson to learn, but she learned it well. How do I know the details so clearly? Because the story is mine. Carol is my middle name.

Today’s Scripture tells us that everyone must obey the laws of the land. Everyone must submit himself to the governing authorities, for there is no authority except that which God has established. Even more important to Christians is obeying God’s commands. If we do this, then we will obey the laws of our government, unless they contradict God’s law. Take it from one who knows from experience. It’s best to obey the law.

Be willing to let God’s Holy Spirit guide you to make the right decisions.