When Jesus woke up, he rebuked the wind and said to the waves, "Silence! Be still!" Suddenly the wind stopped, and there was a great calm.  Mark 4:39 NLT 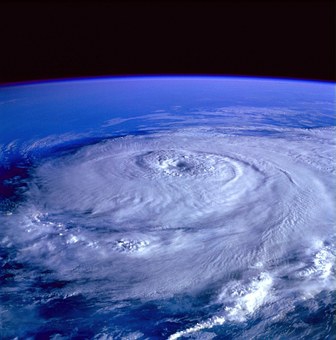 August 28th. That’s when she first came to the attention of those guys down in Miami who work for the National Hurricane Center. As they peered over their meteorological charts for West Africa, they spotted an elongated trough of low pressure called a “tropical wave.”

The year for hurricanes had been quiet so far. Not every friendly little tropical wave gets to grow up to be a hurricane. Lots of factors will influence that low pressure. Wind shear, cool currents, and long dry plumes of dust off the Sahara can keep a hurricane just a bad thunderstorm.

However, our little buddy had none of these factors impeding it, and it popped off the continent of Africa and crouched over the Cape Verde Islands in the far eastern Atlantic. Here, the men at the NHC gave it a name: Tropical Depression Six. Behind the scenes here in the states, they began passing the word: “Watch this one.”

It didn’t take long for Tropical Depression Six to become Hurricane Florence—or for Hurricane Florence’s eventual landfall to be the immediate topic of conversation, primarily if you lived in the ever-narrowing-cone between Norfolk, Virginia, and Charleston, South Carolina. As Flo swirled her skirts up to a Category 4, evacuations commenced in the expected impact zone.

Included in these were mandatory evacuations were my younger brother David, and his wife, Linda. They joined the line of refugees heading west, finally stopping in Raleigh. On September 10th, Flo was a roaring Category 4 with one-minute sustained winds of 140 mph and taking aim at southeastern North Carolina.

Then, something remarkable happened. A small prayer came across my desk via the Internet that utilized Jesus words to the storm on the Sea of Galilee: “Silence!” “Be Still!” I sent that prayer to my brother and his church. Posting it online, it was picked up and shared in ever-increasing numbers. We could just picture thousands of Carolinians praying Jesus’ words.

And you know what? Hurricane Florence degraded in strength. Within forty-eight hours, she was a weak category 1 and was barely a hurricane at landfall. The flood waters came up to the bottom of the storm door on my brother’s house, but did not get inside. As bad as Flo was, she could have been several times worse.

Even in the most extreme emergency, God will hear our prayers. He listens, He acts, and He loves.