No Longer an Orphan

God decided in advance to adopt us into his own family by bringing us to himself through Jesus Christ. This is what he wanted to do, and it gave him great pleasure.  Ephesians 1:5 NLT 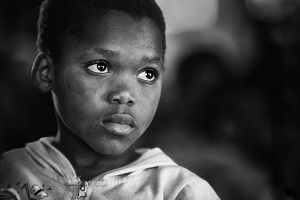 The little boy remained in the system for years, going from one foster family to another.

He was timid and fearful, flinching when someone came near him. Because he never felt safe or accepted, his behavior was atrocious. He trusted no one. Maybe he would remain an orphan forever.

One day, the boy met a family who longed for a son. They chose him immediately, but he was skeptical. Thinking this would surely turn out the same as all the other times, he refused to go. But for some reason, he was drawn to the young couple. Something different characterized them. He decided to give it one more shot.

At first, he stayed to himself, mostly in a bedroom decorated in blue and green that held everything a young boy could ever want. They could never be his, or could they? Day after day, he waited for the yelling. The name-calling. The threats. But they never came. Instead, he experienced kindness.

Little by little, he grew closer to this couple who seemed to care about him. His fear slowly diminished, replaced by trust. And hope. Hope that this would be a forever home. Here he felt safe. Accepted. Even loved.

Many of us can relate to that orphan, mentality and emotionally, wondering if we’ll ever find a place where we truly belong. Where we feel safe. Accepted. And especially, loved.

The truth is when we accept Jesus, God adopts us into His family. This was His plan from the beginning, and it gives Him great pleasure. His home becomes ours. This is where we belong. Where we can rest in the knowledge that we are no longer orphans but sons and daughters of the Most High God.

The Bible says, No, I will not abandon you as orphans—I will come to you (John 14:18 NLT). That’s a promise we can count on. We are completely—and eternally—secure in Him.

Have you found that place of security? If not, it’s waiting for you. All you have to do is ask.