But as for you, you meant evil against me; but God meant it for good, in order to bring it about as it is this day, to save many people alive.  Genesis 50:21 NASB 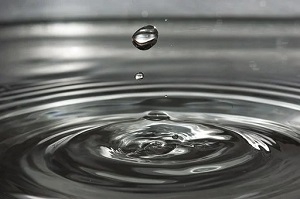 "Help!" Little Joey shrieked to big brother Jerry as he pointed toward the sailboat model drifting away from him on the park lake.

Jerry came up just in time to see the miniature vessel with its sails billowed, gliding with the breeze across the water and out of reach.

"You've got to get it back," Joey pleaded.

After a moment’s thought, Jerry stooped to gather a handful of small stones and hurl one at the departing model.

Jerry continued to toss stones toward the ship. Although Joey couldn’t see it, Jerry was aiming the stones, not at the ship but the waters just beyond. As the missiles plopped into the water, each created a miniature wave that rippled back against the ship. Each successive billow sent out waves that caused the little ship model to pause and then turn back. Within minutes, the ship was within Joey’s grasp.

Joey was confused with Jerry’s tactic until he realized the purpose behind it. Joseph’s brothers faced the same dilemma. They had come from a foreign land to get help, but they faced opposition from a cold-natured Egyptian official. When that official later revealed himself as their long-lost brother Joseph, they discovered their evil actions against him were a part of God’s divine plan to preserve His people.

I often feel the same as Little Joey and Joseph’s brothers when I encounter difficulties on my spiritual journey—or when I feel a sense of confusion at seemingly illogical and purposeless events. This can be frustrating, yet I have an advantage: I know God has a purpose. The Lord has a perfect plan for everything in my life. Even unexpected developments have a rationale.

When you don’t understand circumstances, remember God has a plan, then continue serving Him.