Gladys and Her Father's Sacrificial Gift

For this is how God loved the world: He gave his one and only Son, so that everyone who believes in him will not perish but have eternal life.  John 3:16 NLT 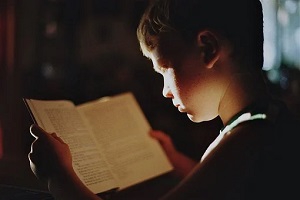 Gladys lived a few houses down the street from me. But it wasn’t until she needed something that we became acquainted.

As Gladys drove across a junction, another driver ran a red light and broadsided her car. She chose to stop driving at that time, and I became her designated driver and helper in other ways.

One day, Gladys showed me an article she had written about a gift her father gave her when she was a young girl. Gladys tells her story.

“It was Christmas Eve, 1929, and the Depression was at its height. Although I knew we were very low on money, I kept hoping there would be a Christmas present for me. When I was ready to go to bed, Mom said, ‘Gladys, you are ten years old, and you know there is no Santa Claus. We don’t have any money, so don’t expect a gift this year.’

I pretended that I understood, but after I went to bed, I cried myself to sleep. Sometime in the night, I was awakened by the sound of our old truck pulling out of the driveway. I wondered where my father could be going on such a cold night.

I went back to sleep, but after a while, I was awakened by my father standing by my bed. He handed me a book and said, ‘Merry Christmas, honey.’ I knew then that he had gone into town to our small general store and bought a present for me. I was so happy that I couldn’t wait until morning to look at my book. When I glanced at the flyleaf, I saw PRICE: 25 cents.”

Gladys was blessed to have a loving father. However, some children have never known a father’s love. Perhaps their father abandoned them at birth and their mother struggled to provide a living.

Some fathers abuse their children, verbally and physically. Those children will never experience the love lavished on Gladys by her father.

There is a Father who loves us unconditionally, no matter who we are or what we have done. We need not cringe in fear or hide from him. The depth of God’s love is described in John 3:16.

Have you accepted Jesus, the Father’s sacrificial gift?