Look not every man on his own things, but every man also on the things of others.  Philippians 2:4 KJV 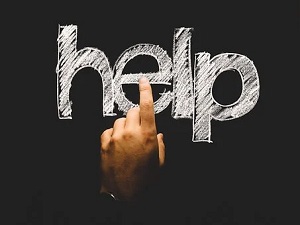 “Excuse me, ma’am. You dropped this,” she said, running toward the two young ladies.

I watched as the woman put some crumpled-up bills in the hand of one of them that looked to be twenty to forty dollars. “I saw you drop this a second ago,” she said.

As she and I walked in the same direction through the store, I quietly commented, “That was a nice thing you did, and a lot of people wouldn't have.”

“It's Christmas,” she replied with a smile.

“Yeah, but I've got an idea you're like that the other eleven months of the year too,” I said.

“That's good because we have a God we'll stand before one day to give an account of stuff like that.”

She agreed, and we wished each other a Merry Christmas and went our separate ways.

That may not seem like a big deal to us, but it would if it was our money. There's no telling how devastating losing that money could've been for that young lady. There's also no way of knowing how much the lady that returned it might've needed it herself. To her, though, it was more important to do the right thing.

Doing right by our fellow man shouldn't be an occasional act—and definitely not a seasonal one. This lady didn't even have to think twice about whether or not to return the money. It was just natural for her.

As we stand in lines or sit in traffic this Christmas, we can take time to look at the things of others. Where would we be if Christ was only concerned with His things and not ours? If so, we might not always get the things we want.

Have you discovered the real Christmas spirit that it is more blessed to give than to receive?