Suddenly a great company of the heavenly host appeared with the angel, praising God and saying, "Glory to God in the highest, and on earth peace to men on whom his favor rests."  Luke 2:13-14 NIV 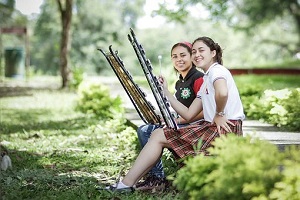 With the Christmas season comes many concerts for an accompanist.

My first concerts involved playing in a Sunday afternoon community Christmas program, playing for small groups, and playing as a soloist. Each selection sounded like heavenly choirs.

Playing the piano for school choruses is a special treat. I block out an entire day to rehearse at the middle school with assigned time slots for each song. At the beginning of the semester, I record all the accompaniments for the director to use in class.

Then came the time to appear in person for live rehearsals, just days before the performance.The first class was filled with eighth-graders. The teacher greeted me in the hall. When she escorted me in, the class coolly acknowledged my presence as young teenagers do. The rehearsal went without a hitch, and I returned to my car to catch up on some reading until the next appointment.

Next, I walked into a class of noisy seventh-graders after they had rehearsed an a capella piece. The moment they saw me, they called in unison, “Hey, Mrs. Johnson!” I was a celebrity. Their enthusiasm was contagious, and the rehearsal refreshing.

After lunch, I opened the door to the chorus classroom. A steamy cloud of sweaty, sixth-grade body odor assaulted me. I quickly popped an Airborne lozenge in my mouth, smiled at the director, and sat at the keyboard. With a few rhythmic claps of her hand, the director had the full attention of the overflowing classroom. She was an amazing instructor, both musically and in her ability to command the attention and interest of so many young people. The students loved her classes.

As I gave last-minute performance instructions, a small jewel of a girl walked up to me and said, “Thank you so much for playing for us.”

The middle school’s Christmas concert was captivating and worshipful, as was the high school’s concert the same week. What an honor to serve in God’s kingdom in this way, especially at the celebration of His Son’s birth.

I will praise God with the angels today. I hope you will too.