Suppose a woman has ten silver coins and loses one. Doesn’t she light a lamp, sweep the house and search carefully until she finds it? And when she finds it, she calls her friends and neighbors together and says, "Rejoice with me; I have found my lost coin."  Luke 15:8-9 NIV 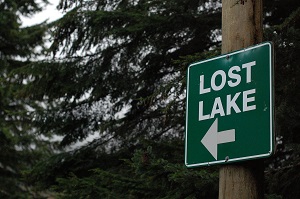 Working all day in her yard, a friend lost an emerald, which she later found in the middle of her kitchen.

Another friend lost a diamond in her church’s recreation hall only to find it a week later in the middle of the recently mopped floor.

My husband found our daughter’s tights in the kitchen pantry. A cousin found her lost earring on the bathroom sink counter after searching for several days.

When I was in the children’s choir at church, I earned a beautiful pin, which I proudly wore and soon lost. Several years later, I came across it, nestled in the grass in my front yard.

On a Sunday morning, as the choir filed into the loft for the worship service, a choir member motioned to the church’s executive director nearby. She explained that she had lost her favorite pin, an angel with a single pearl, several weeks before while at church. He promised to look for it.

After the service, while the choir disrobed, the director appeared with the angel pin in his hand. He explained, “A lady handed it to me before the service began. She said she found it in the middle of the sidewalk outside the church.”

I like to remind God that He knows where my lost items are and can easily help me find them. We should thank God for all His blessings, which are never really lost.

What lost items has God helped you find?