Let the peace of Christ rule in your hearts, since as members of one body you were called to peace. And be thankful.  Colossians 3:15 NIV 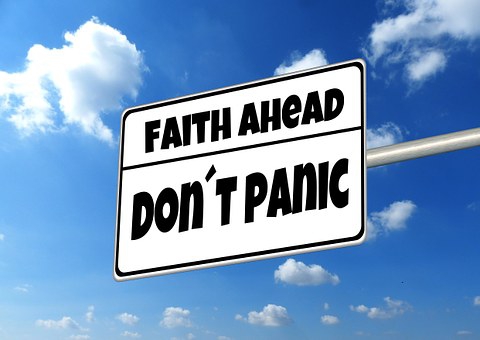 I put the key in the ignition and turned it. The same action I had done at least a thousand times over the past eight years. But this time was different. Instead of the expected, comforting sound of the engine starting, the dashboard lit up with seldom seen or noticed icons. Various alarms buzzed and beeped.

I did what we always do: turned the key again while silently pleading for a different result. The icons and alarms resumed their sound and light show. The engine did nothing.

This was more than just an inconvenience. My lovely wife Charlotte and I were 3,500 feet up a mountain having just ended our annual Oktoberfest vacation. We were in the northern Georgia mountains at the Alpine village of Helen, Georgia, where the strong expatriate German community who lives there puts on one of the best and closest-to-authentic Oktoberfests in the country. It is an annual way for the town to touch base with her heritage.

But now we were at our rental cabin—our Ford Escape packed from the front seats to the back glass, half a mile up on top of a mountain, six hours from home, and with a dead car. Worry and panic nibbled around the edges of my mind. But then I glanced at the dashboard where I had placed my Bible. Peace flooded back in.

Taking Charlotte’s hand, we prayed. Suddenly, Charlotte remembered we had a roadside assistance program through Verizon. We had never used it, but we had it. Charlotte dug out the phone number we needed, and thirty minutes later a truck pulled up at the cabin. All we had was a dead battery—a product of the frigid temperature the night before and an hour of open doors loading the car.

Within five minutes, we were on our way, with a quick stop at the first auto store we passed for a new battery and with another pause for a quick prayer of thanks and gratefulness. By sunset, we were home.

In times of trial and worry, it is easy for me to let Satan’s lying voice creep into prominence. Fortunately, if I will only remember, I have my Father’s word and loving promises to keep me focused.

Don’t let the trials of life send you into a panic.