Jehu the seer, the son of Hanani, went out to meet him and said to the king, "Should you help the wicked and love those who hate the Lord?"  2 Chronicles 19:2 NIV 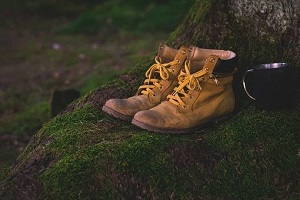 The smell of sweaty shoes permeated the air, or so a friend told me.

I have never had a keen sense of smell, but in college, I did have an active job, no roommate, and hours of homework to do every week. Diligently writing papers in my dorm room occupied my time—not smells that failed to bother me. One day, a friend bluntly told me, “Your room stinks.” Taken aback, I sought other opinions. One by one, different friends confirmed it—my sweaty work shoes stunk up my room.

Jehu, the prophet, confronted King Jehoshaphat of Judah. Considered a godly king, Jehoshaphat had just returned from fighting a common enemy with King Ahab of Israel. Jehoshaphat survived the battle and probably returned thinking the Lord had blessed him by saving his life. Jehu, however, stood ready to rebuke him. Ahab, king of Israel, knew he should worship the Lord, but he and Queen Jezebel led their subjects into idolatry by worshipping other gods. Jehoshaphat’s alliance with such a couple displeased the Lord and needed correction. Jehu served as the Lord’s instrument of rebuke.

Rebuking or getting rebuked by a fellow Christian may scare us—especially if the person in need of correction occupies a powerful position. Like Jehu and Jehoshaphat, God calls Christians to both correct others when they fall into sinful behavior and to receive correction when they engage in wrong actions.

We may think we need to play the role of Jehu to someone in our lives, but we may have more in common with Jehoshaphat than we want to admit. We may need someone to confront us about a pattern of sinful behavior. Purchasing shoe-cleaning powder and air freshener fixed my problem.

Does someone need to gently correct you in any way?

Matthew Cedar will graduate Dallas Theological Seminary with a ThM in historical theology in 2022. He hopes to pursue further education in church history and to research and write on history, baseball, politics, theology, and anything else that catches his interest. He resides in Dallas, Texas.