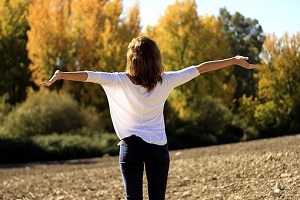 A house fire rages out of control. As a driver approaches, fingers of scarlet flames leap from the roof and windows shatter.

After phoning 911, the driver races into the flaming interior, searching for survivors. He hears cries for help and carries three children to safety. Then he returns to find the mother, who has been overtaken by smoke and is unconscious. As he carries her over the threshold, the house collapses. Four people are alive because one man dared to forget about his own well-being and risk his life to save others.

What are some definitions of courage? Dictionaries mention such things as bravery, nerve, fearlessness, and daring. Sometimes during our lives, we might be asked to show courage.

Monica and Carl are missionaries in a country that is hostile toward Christians. Three children have been born to them while living in this country. As parents, they are concerned for their children’s safety. Yet they remain in this land, doing the work God has given them to do, despite facing danger and possible death.

I lived alone in the country after my husband left me for another woman. As I lay in bed, I heard loud banging noises coming from the basement. Had a burglar crawled through the broken basement window?

Praying constantly, I fearfully made my way down the stairs. Trembling, I flipped on the light switch. Thankfulness flowed through me as I discovered the water pump was malfunctioning. Ascending the stairs, I praised the Lord for giving me the courage to do what was needed.

A familiar story in the Bible is that of Jesus walking on the water to meet His disciples who were in a boat. They were afraid and cried out in fear. Jesus assured them He was with them and would supply the courage they needed moment by moment.

Jesus’ words were spoken not only for the disciples but also for all of His future followers. God walks with us and meets our needs.

What are some ways you can let God calm your fears and give you strength to become a cameo of courage?