Secrets of the Heart

People may be pure in their own eyes, but the Lord examines their motives.  Proverb 16:2 NLT 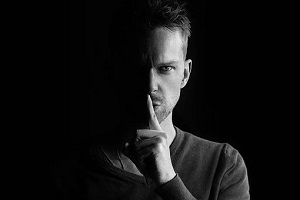 What you see is what you get. But not always in the church.

I once led a discipleship program operated by a well-known mission organization. We often attracted young people, but many of these students were not with us long before we noticed a disconnect between what they said and what they did. They knew all the Christian logo and when and where to use it. They had learned to play the Christian game of saying or doing enough to please their parents or pastor.

Christianity is not about pleasing people but pleasing God. God is not pleased by us externally modifying our actions. He desires internal heart transformation that changes why we do what we do. These changes never come by self-effort alone but by the work of the Holy Spirit.

God does not judge by appearance or what people say, but according to the secret intentions of our hearts. Jesus gave His greatest condemnation to the Pharisees, the religious leaders of His day. They worked tirelessly to keep all the details of the law, but doing so never changed their hearts.

The greatest tragedy of the legalism held by the Pharisees was that they believed their lies about themselves and were blinded to the truth. There are none so blind as those who refuse to see.

Life has a way of confronting us about the secrets of our hearts. The next time someone gets what you think you deserve, ask the Lord what He is saying to you.

Are you doing all the right things for all the wrong reasons?